Imagine being born as the youngest of the five Marx brothers and being raised in the shadow of some of the sharpest comical minds and quicksilver tongues in the history of comedy? Such was the lot of Zeppo Marx and he grew up learning so much from all of his brothers that he was able to stand in for any of them when they were ill or otherwise unavailable to act.

Indeed he was so good that his brothers sometimes viewed him as a potential usurper with even Groucho recognising his talent as he was quoted as saying about him: "When I had my appendix out, Zeppo took over for me. He was so good that it made me get better quicker".

His brothers often said that off camera Zeppo was both the funniest and naturally talented of all the Marx brothers which was quite an endorsement considering he only starred in five of the Marx Brothers movies.

Away from the screen and stage he was a bit of an engineering whizz and in 1969 he invented a watch that monitored the cardiac pulse, it would create an alarm if the person went into cardiac arrest and he filed 2 patents on his design.

Zeppo also invented the Marman Clamp that was put to use during WWII for securing goods in the hold and it had the unenviable distinction of holding the atomic bombs in place in Enola Gay in 1945.

He was also a keen gambler which moved Groucho to say this about him: "Zep wants to have the odds in his favour. He is a good gambler and Chico was a bad gambler". A very talented man indeed and he was also good for a one liner so here is my compilation of 13 of the best Zeppo Marx quotes

Author Charlotte Chandler described him thus: "Zeppo's importance to the Marx Brothers' initial success was as a Marx Brother who could 'pass' as a normal person"

Film critic James Agee was quoted as saying of him: "He added a fourth dimension as the cliché of the romantic juvenile, the bland wooden espouser of sentiments that seem to exist only in the world of the sound stage"

Groucho Marx even used humour in planning gags: "The only foolproof way to try a new gag was to try it on Zeppo. If he liked it, we would discard it"

Marc Eliot, who wrote a 2005 Cary Grant biography, said Cary was a big fan: "While the rest of the country preferred Groucho, Zeppo, the good-looking straight man and romantic lead, was [Grant's] favorite, the one whose foil timing he believed was the real key to the act's success" 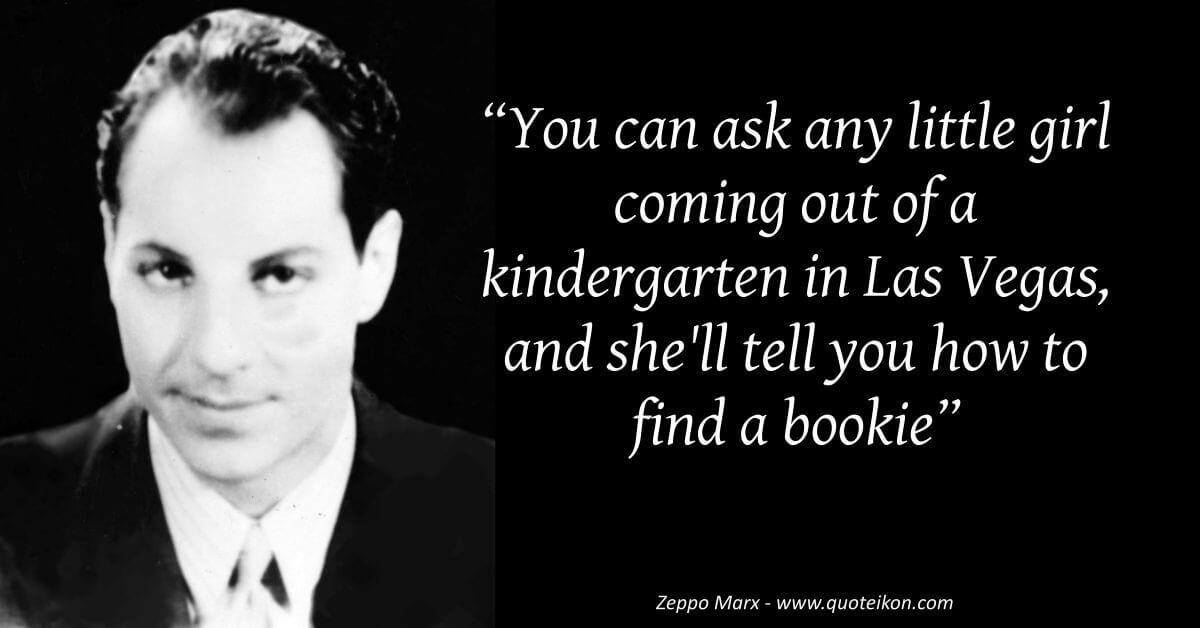