Xi Yu Lin is a Chinese professional golfer from Guangzhou in China who was first introduced to the sport by the father of her fellow Guangzhou professional Shanshan Feng, Feng's parents were friends with Xi Yu's parents and her father asked if Lin would like to accompany them to the driving range.

A sporting vein runs through Xi Yu's family as her mother was a professional footballer who played for the national team so there was no parental discouragement from sport to academia for her to worry about.

With youth still on her side a glittering golfing career lays ahead for this talented sports lady, however her studies were not completely dismissed because she continued at Guangzhou college on an online media course.

Xi Yu Lin scored her first tournament hole in one during the 2015 Canadian Womens open at the Vancouver Golf Club. On the 168 yard par three seventh hole she used a 6 iron to sink her ball from the tee

Away from the greens and fairways she is also good for a one liner, so this is my compilation of 12 of the best Xi Yu Lin quotes

The Golf Digest writer Christopher Powers shared this summary of a wonderful shot: "China's Xiyu Lin arrived at the 18th tee at one over for the tournament, out of contention but still in line to finish inside the top 40 with a par. But a par was in doubt when her third shot came to rest on a bridge at the par-5 18th, leaving her in a position where she was blocked out from going toward the pin. She could have taken a lofted club and tried to go over, but it would have been a risky move. Instead, Lin played a bump-and-run shot to the right, and her ball took a few hops in the fringe before reaching the green and rolling back toward the cup. She couldn't have played it any better"

The sports journalist Scott Murray classed it as shot of the year for 2019: "On the final day at the ANA, Xiyu Lin shoved her approach into 18 way right. She ended up on the walkway crossing Poppie’s Pond, her route to the flag blocked by a wall and a large decorative ceramic pot. No problem! In lieu of going direct, she bumped her ball along the bridge, pinged it off a bank so it took a sharp left turn, and sent it trickling to kick-in distance. Par! That’s the thing with the pros; they’d spank us at crazy golf as well 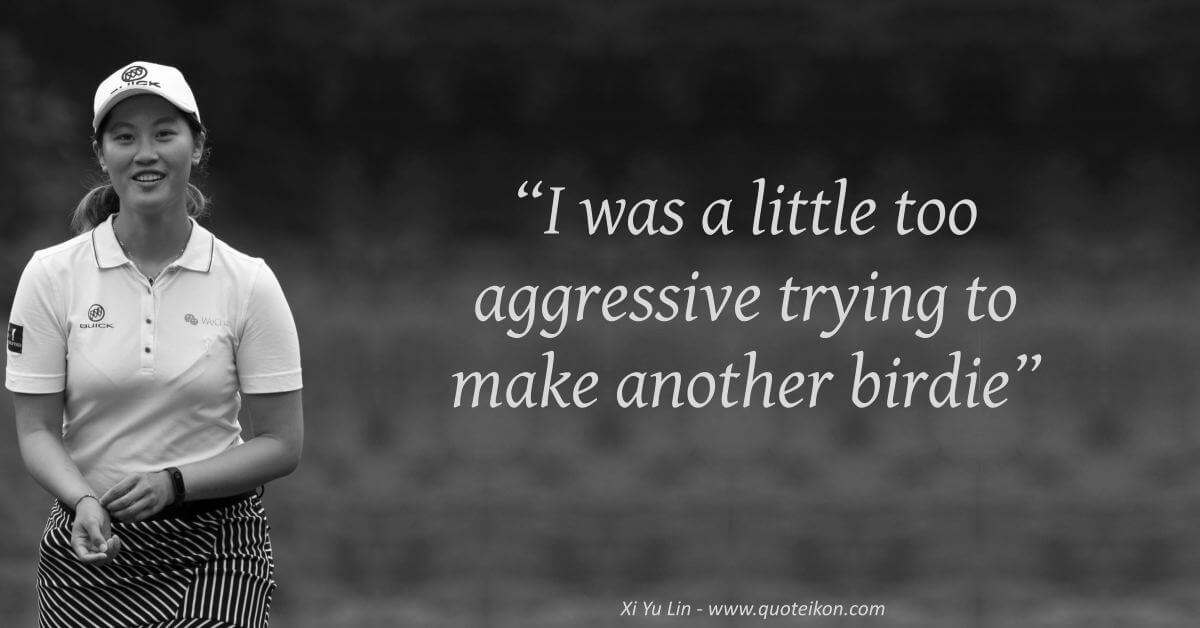