Xaviera Hollander was born into the Japanese occupied Dutch East Indies in 1943 with the first two years of her life spent in a prisoner internment camp. When WWII was over the family went to live in Holland where Xavier stayed until emigrating to Johannesburg, South Africa until she decided to move to New York.

Hollander landed a job as a secretary at the Dutch consulate in Manhattan until she realised she could make up to $1,000 per night as a call girl and duly resigned in 1968. Within a year she had opened her own brothel called the Vertical Whorehouse on 73rd St, this was no small enterprise and it went on to become one of the most successful brothels in New Yorks history.

Xaviera got arrested for prostitution just as she was writing her memoir; The Happy Hooker: My Own Story. The timing was perfect as she used this notoriety to go on a nationwide book tour ensuring it would become a best seller before she eventually got deported.

Hollander's memoir spawned a movie trilogy of the same name and ensured she would be in high demand as a talk show guest for the rest of her life. She was an agony aunt in Penthouse magazine for 35 years where she gave advice under the columns name Call Me Madam. Amidst all the inspiring advice there were some great stories told so here is my compilation of 22 of the best Xaviera Hollander quotes.

The journalist Melissa Gira Grant made this observation: "Hollander was famous for being able to sweep through the lobby of the Palace Hotel, unnoticed and undisturbed, on her way to an assignation, not because she didn’t “look like” a working girl, but because she knew that too few people understood what a working girl really looked like"

Back in the day, the New York Times was not terribly impressed with 'The Happy Hooker' as it was described as: "liberally dosed with sex fantasies for the retarded"

The journalist Katie Byrne shared this assessment: "Xaviera always has an afterthought. She thinks out loud and doesn't seem to have any filter. This makes her excellent company but a frustrating interviewee, as most of what comes out of her mouth is unprintable. The rest is gloriously unashamed" 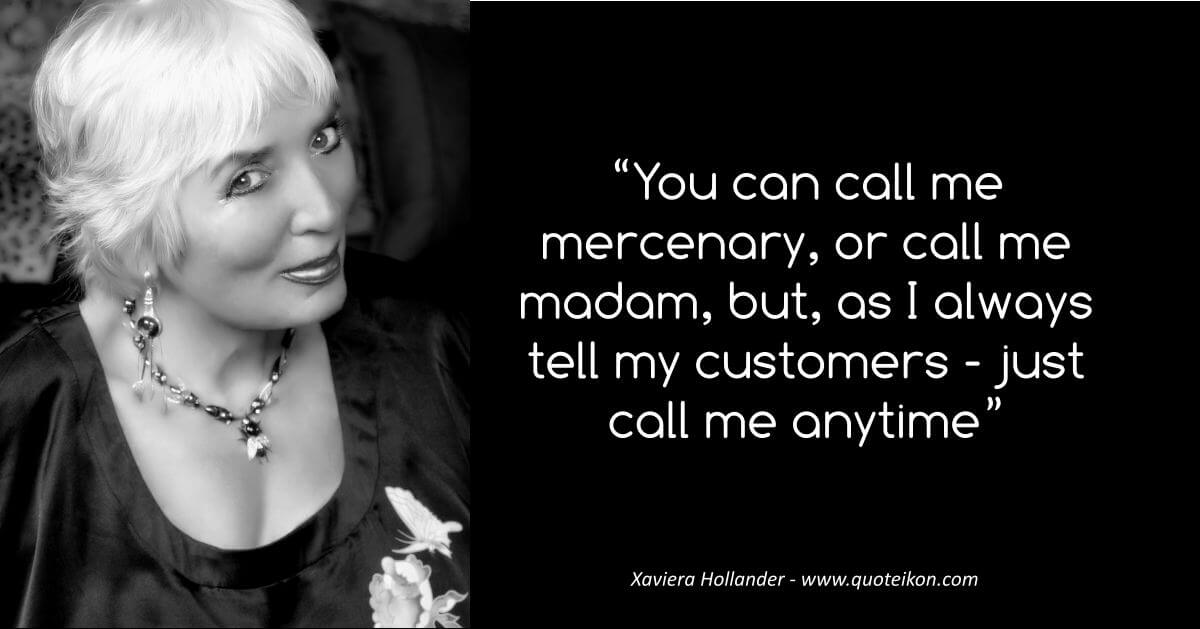 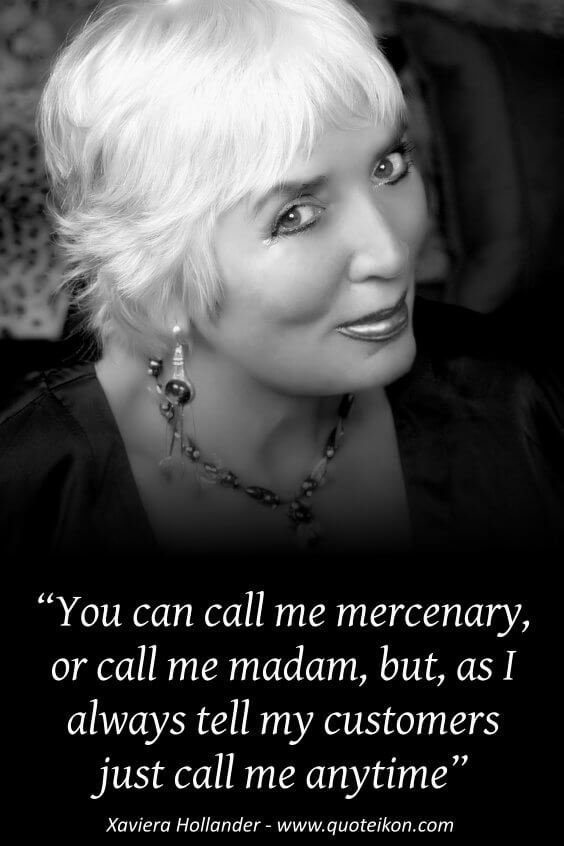