Xavier Niel organised his very own French revolution in the business world as he became one of the most successful business disrupters France or any other country has seen. From starting with nothing he single handedly built up a business empire that even the shining lights of Silicon Valley look upon with admiration.

Back in the day French business empires used strategies to keep prices high thinking it was not in the French culture to usurp their business models, but in reality they were ripe for the picking and Niel was just the man to come along and introduce downward price competition to his advantage.

After Niel's initial success with Worldnet he had already set up Iliad and this was used to provide unrivalled broadband packages to French consumers under the Free network. Next in his sights was building a fiber network around France and then completing his master plan by entering the mobile market which he did in 2012.

It was not all plain sailing for Niel though as a TV rival informed one of his colleagues; "I am going to nail you down on the wall in blood". Indeed, slightly rattled by the various threats that were implied Xavier Niel was quoted as saying; "If I commit suicide, or if I die in a car accident in the next three months or so, you will know the threats were serious, because I am not feeling at all suicidal and I drive very slowly".

These days he is a legend in his home country with France having some of the lowest internet and mobile charges in Europe coupled with his extravagant philanthropy by lavishing millions on tech education and budding French start ups.

Xavier is a hero to the French people with maybe the odd person being an exception to this, but these people can only be found in his rivals boardrooms. He was also good for a one liner, so this is my compilation of 20 of the best Xavier Niel quotes

A fellow French entrepreneur Florian Herve summed him up thus: "He started with practically nothing and created an empire"

A major Telecom rival at France’s third largest mobile network Bouygues Telecom spoke quite pompously of Niel's network 'Free': "I have no intention of letting the gypsies on to my chateau’s lawns"

The journalist Simon Kuper shared a simple description: "He has an outsider’s view of France’s problems – which he thinks he can help solve" 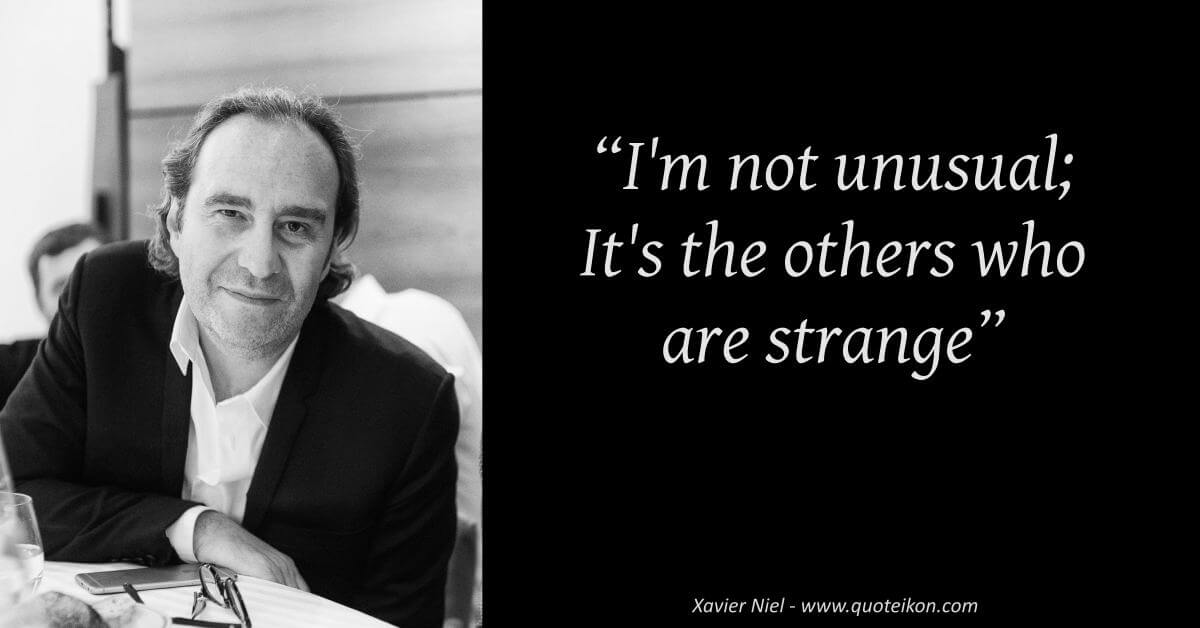