Xavier Dolan started his cinematic career at an early age and he has steadily progressed from doing commercials to voice acting then taking roles in movies to actually writing and directing them.

For one so young he has an already extensive and impressive C.V with award winning movies to his name. Dolan's debut as a director saw him get an eight minute standing ovation at the Cannes film festival in 2009 not to mention winning three awards for the movie "I Killed My Mother".

Xavier's brash style has saw him follow this up with a plethora of further awards and the future looks very bright for this talented film maker.

As a director he has never been shy to voice an opinion on controversial issues and subjects very close to his heart so this is my compilation of 21 of the best Xavier Dolan quotes.

The critic Peter Bradshaw gave this assessment: "Dolan’s creative motor runs on dialogue: people talking, talking, talking. Sex is the one thing that stops the flow. He gets his camera intimately close to his actors’ faces: a wide shot, or a thoughtful tableau, is relatively rare. His movies, for me, have become increasingly watchable, accessible and enjoyable because the feelings involved are increasingly real and deeply felt. There is such tenderness and gentleness in this film"

The journalist Brendan Kelly was praiseful with his words: "Dolan makes very personal films that mix melodrama, stylish visual direction and art-film smarts. And he has matured along the way"

The film critic Eric Kohn described him thus: "Dolan, prolific but still a vibrant and youthful filmmaker, excels at capturing the uncertainties of twenty-somethings in the midst of major life transitions"

The writer Andrea Jean Varraud was inspired to say: "Dolan gives voice to people on the margins of society, bullied homosexuals and transsexuals expressing freedom and vitality through Dolan’s extremely poetic and aesthetic vision. Identity is created by diversity as well as through painful existence" 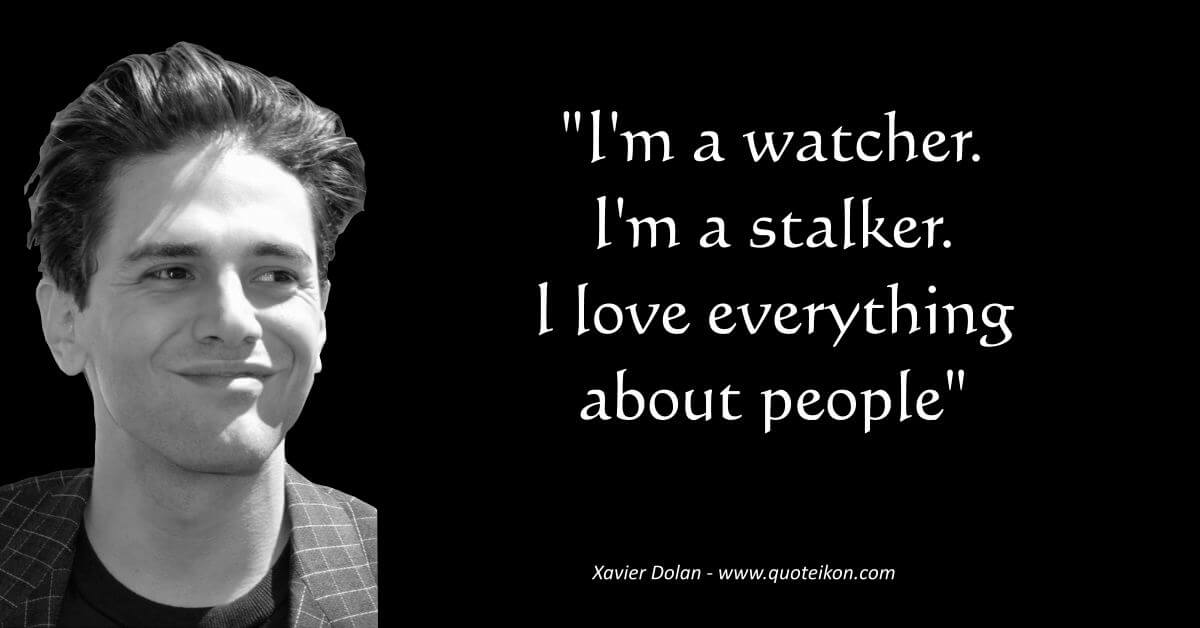