William Lamb was borne of British aristocratic blood who in 1828, upon the death of his father, was bequeathed the title 2nd Viscount Melbourne. Lord Melbourne was a career civil servant who steadily climbed the slippery pole of politics to secure the position of home secretary from 22nd November 1830 until 16th July 1834. The following year he became prime minister of the U.K. from 18th April 1835 until 30th August 1841.

Lamb's prime ministership was largely uneventful due to the British, somewhat unusually, fighting no major wars during his stewardship of the House Of Commons. Historians seem to remember the 2nd Viscount Melbourne more for his interactions with the fairer sex than grappling with Conservatives on the floors of the debating chambers of Westminster.

But William Lamb was a great survivor who knew how to see out a scandal that usually ruined politicians of his stature in his era. A friend of Lord Melbourne called George Chapple Norton tried to blackmail him for £1,400 and when Lamb refused to pay Norton publicly accused him of adultery with his wife in an attempt to force him to resign as prime minister. Lamb was later vindicated in the court of law. Lamb also suffered the deep embarrassment of his wife Lady Caroline Ponsonby having a very public affair in 1812 with the poet, peer and philanderer Lord Byron whom she was quoted as calling; "Mad, bad and dangerous to know"

Lamb was prime minister when Queen Victoria ascended to the throne in 1837 at the tender age of 18 and she knew little of the cut throat world of politicians. Prime minister Lamb took her under his wing and for the next 4 years he was like the father figure she never knew (her real father died while she was still a baby).

William schooled her in the art of politics and set her up to be a good judge of politicians for the remainder of her near 40 year reign.

He was a great orator that boomed out many a fine speech in his day, he was also good for a one liner, so this is my compilation of 15 of the best William Lamb 2nd Viscount Melbourne quotes

Fellow Whig politician Thomas Creevey described him thus: "Never a man was so improved as William Lamb, whether from gaining his title, or losing his wife I know not"

Historian Boyd Hilton courted controversy by saying: "It is irrefutable that Melbourne's personal life was problematic. Spanking sessions with aristocratic ladies were harmless, not so the whippings administered to orphan girls taken into his household as objects of charity" 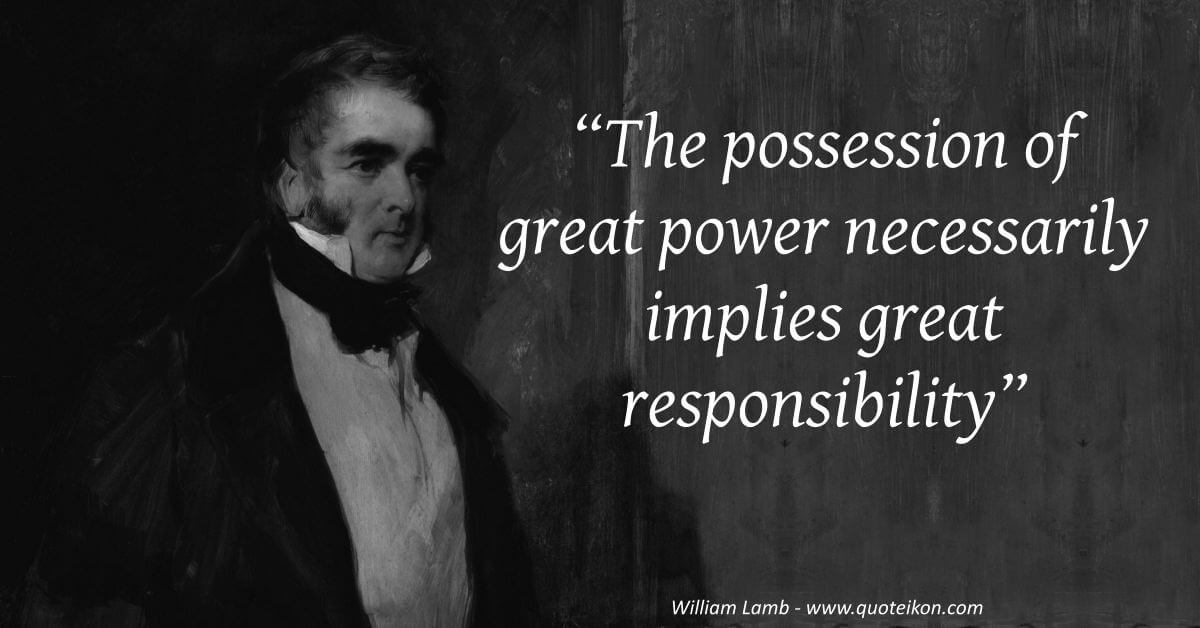