William Harvey was the royal physician to the crown who served King Charles I having previously impressed by challenged the medical establishments thinking by accurately describing blood circulation being pumped from the heart through the body and returning back in a constant flow.

His meticulous research was inspired by some in the medical profession questioning the centuries old accepted concept of the Greek physician Galen who theorised that blood was consumed by the body and had to be constantly replenished. This theory led to the belief that "blood letting" was the best cure for most ailments and diseases and although some questioned this theory no one had scientifically proven it to be untrue.

After painstaking research Harvey published his findings in the 1628 book "De Motu Cordis" which was originally written in latin. His research proved that blood was pumped from the heart through the body in a circuit and returned to heart in a constant and unceasing flow.

Harvey's calculations showed the volume of blood being pumped through the body in one hour could not be regenerated during that time frame. Many medical professionals of the day had lucrative blood letting businesses that were popular with patients of the era so these and other vested interests meant it took nearly 20 years for his research to become mainstream.

William's remarkable work caught the attention of royalty and King Charles I made him his personal physician and he followed the king for a number of years including to the battle of Edgehill on 23rd October 1642.

Away from the anatomy table of dissection he appreciated the arts of literature and was an avid bird watcher in his free time. He was also good for a one liner so this is my compilation of 15 of the best William Harvey quotes

The author Richard Bergland recognised his contribution to academia: "Few would have predicted that the discovery of the circulation of the blood would have changed the way philosophers view the world, theologians conceive of God, or astronomers look at the stars, yet all of that happened"

The 17th century poet Abraham Cowley was inspired to say: "Harvey sought for truth in Truth's own book - Creation - which by God himself was writ"

The Cambridge academic Robert Willis described him thus: "One of the great men whom God, in virtue of his eternal laws, bids to appear on earth from time to time to enlighten, and to ennoble mankind" 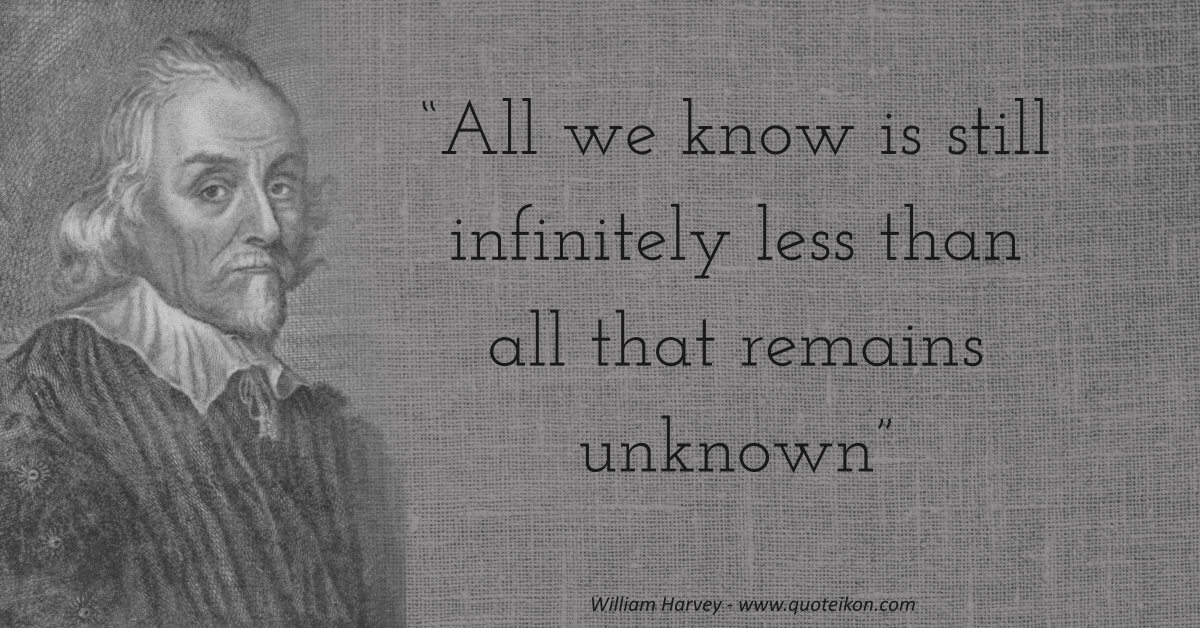