William Grant Still was successful in breaking down musical barriers that saw him become the first Afro American to have a symphony performed by a professional orchestra when his Symphony no. 1 "Afro-American" first soothed the ears of audiences in 1930.

In another first he became the first Afro American to conduct the Los Angeles Philharmonic orchestra at the Hollywood Bowl in 1936.

Still brought a freshness to the classical scene with his fusion of jazz and blues with traditional classical music as he drew on all his musical experiences to create refreshing new music that audiences craved to see.

William's mentor was George Chadwick who encouraged him to embrace the down to earth music from his cultural roots and blend it with more traditional classical sounds which resulted in some epic sounds that were appreciated in music halls and opera houses around the world.

His lifetime passion for music saw him become a multi instrumentalist and after reading a large section of his (available online) written correspondence it is clear to see he was also an erudite wordsmith with impeccable manners, he was good for quick quip too so this is my compilation of 20 of the best William Grant Still quotes

The author Earnest Lamb talked of Still's position in the annuls of musical history: "The unique consequence of cataloging his achievements, venerates his position as an iconoclast while detracting critical attention from his music"

The music critic Irving Schwerké was impressed to say: "Your AFRICA was the sensation of the Festival. It had a success and was comprehended, as I have never before seen. Throughout the length and breadth of Germany it has been written about in the most wonderful manner"

The author Gayle Murchison made this observation of his musical education: "This free tutelage of Still by Chadwick can be viewed as a form of patronage. Still consequently was never formally enrolled in New England Conservatory. His status was that of a private student of Chadwick’s"

The librettist Verna Arvey made this brief comment: "He does not dedicate music lightly"

The critic Stewart R. Sabin was inspired to write: "The choral ballet is a vividly impressive work. Mr. Still . . . has written a musical score that appeals as one of the most direct and lucid in dramatic suggestion of recent compositions of its sort. . . . Mr. Still gives evidence of an excellent sense of dramatic appeal in stage music, and he wastes no time or measures on music that does not count in the drama"

Amy S. Croughton wrote a short press review: "Mr. Still's score is a most interesting one, dramatically effective and having distinct racial qualities" 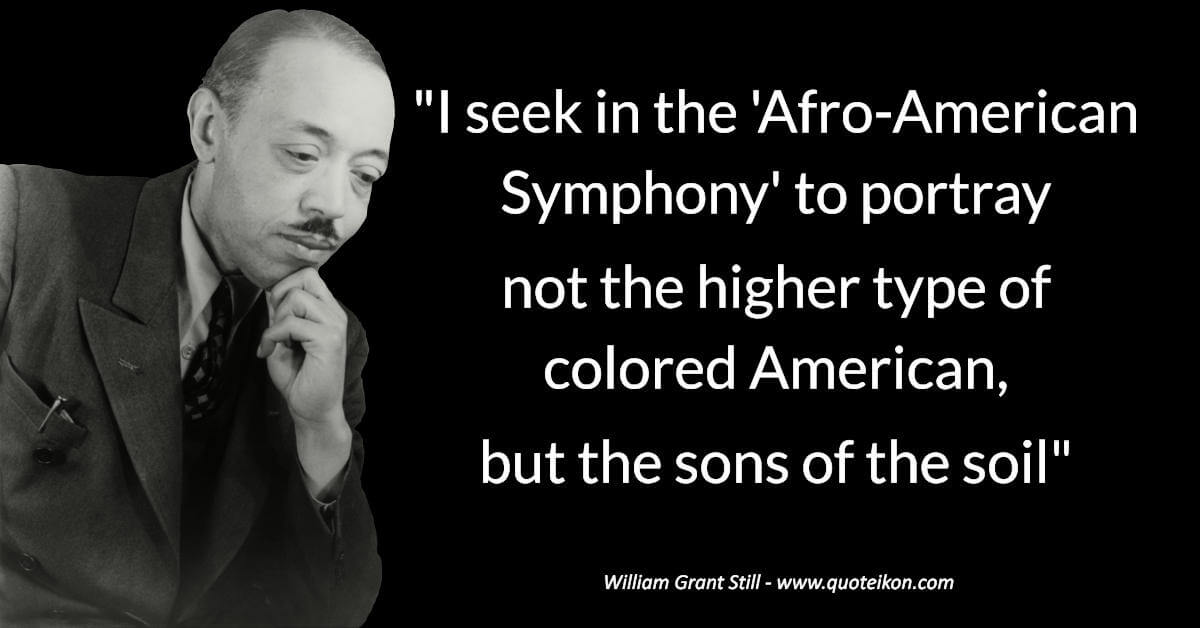