Wangari Maathai was the eco warrior of Africa whose ingenious ideas and tireless work has helped to put food on the tables for rural Kenyans and at the same time benefitted the environment. Under the auspicious watch of the Green Belt Movement (GBM) she founded in 1977 her ideas were adopted and implemented to counter soil erosion, drying streams and dwindling sources of natural food supply facing rural Kenyans.

The idea was simply to plant trees that would help to bind the soil and store rainwater to which they would be rewarded with a small remuneration. The GBM targeted rural women who were encouraged to shun modern farming methods and adopt a more traditional approach by growing their own seedlings which once planted and grown would give them a natural source of firewood in a sustainable fashion.

Organic farming methods were also promoted as a way of improving soil quality and increasing yield by reducing the use of harmful pesticides. Although the government initially supported Professor Maathai and her reforestation programs they quickly turned on her because of her stance on democratic rights.

This led to over a decade of protests against the government and saw the eminent professor being arrested on many occasions and foreign governments chastising the Kenyan regime for human rights violations. 2002 proved to be a watershed moment for the Kenyan government as the people had grown tired of their abuses, Professor Maathai sensed the time was ripe for change and should stood for election to parliament.

The December 27th 2002 election saw her win her seat with a landslide 98% majority and this was echoed throughout the country and the government was defeated.

Maathai's environmental stance had morphed and adopted the role of political activist to help the environment and as she said in her own words: "We cannot tire or give up. We owe it to the present and future generations of all species to rise up and walk". On that note, here is my compilation of 22 of the best Wangari Maathai quotes

Former U.N. Secretary General Kofi Annan praised her by saying: "Her energy and life-long dedication to improve the lives and livelihoods of people will continue to inspire generations of young"

Archbishop Desmond Tutu was impressed to say: "She understood and acted on the inextricable links between poverty, rights and environmental sustainability. One can but marvel at her foresight and the scope of her success. She was a true African heroine"

The Kenyan President Daniel arap Moi was rattled in 1989 when Maathai opposed his proposition to build a skyscraper in Nairobi's Uhuru Park as he retaliated by saying: "It was un-African and unimaginable for a woman to challenge or oppose men" 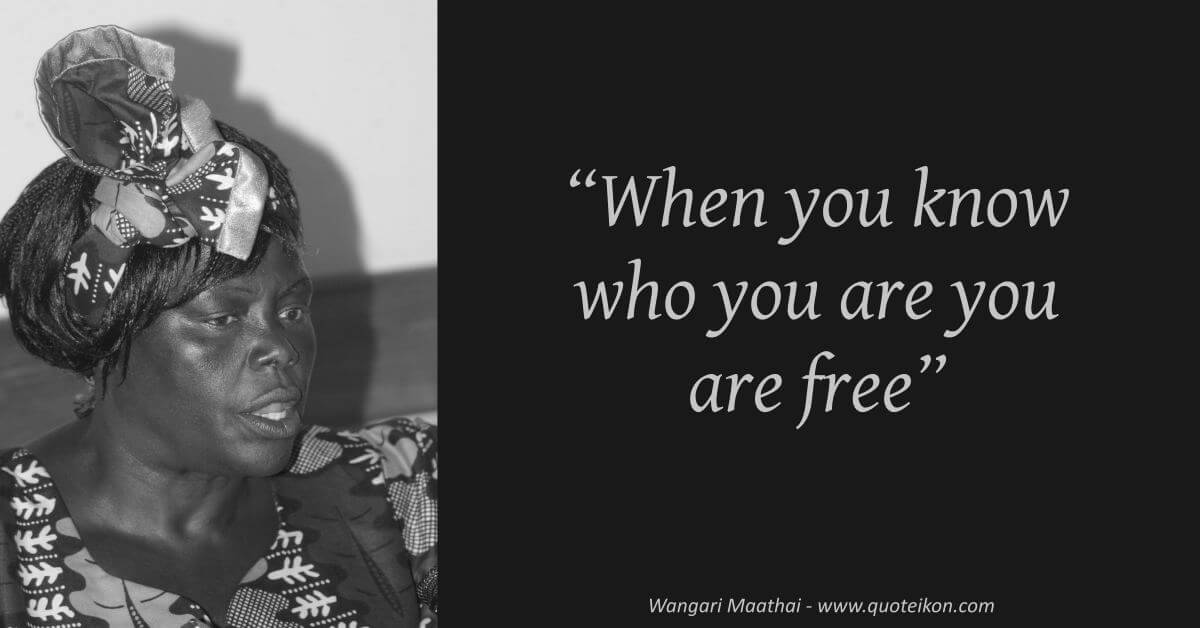