Vigdís Finnbogadóttir led a largely academic life that was interspersed with involvement in rallies against Nato's presence on Iceland and being involved in the Icelandic womens movement.

It was from the womens rights movement that it was first mooted that she run for president and after entering the 1980 presidential race she became the worlds first democratically elected female president.

Such was her popularity she remained president for a further two terms before deciding to step down in 1996. To this date she is still the only elected female president of Iceland.

In a proud country with an ancient history of introducing new and vibrant changes Finnbogadóttir has stood out, not just in Iceland but all around the world, as an female role model that sets a positive standard to be aspired to. As a world eader she was good for a one liner also, so this is my compilation of 17 of the best Vigdís Finnbogadóttir quotes.

The then British Prime Minster Margaret Thatcher, in a welcoming speech during a state visit, looked back and admired Icelandic historical firsts: "Iceland has always been a pioneer of democracy. Your Parliament, the Althing, had been sitting for centuries before our own mother of Parliaments first met. Women in Iceland gained the vote some ten years before women here. Our two countries are linked by history, trade, tourism and political ideals"

The president of Iceland Guðni Th. Jóhannesson said in a speech opening an international learning centre named after Vigdís Finnbogadóttir: "In her younger days, Vigdís herself earned a good reputation as a teacher of French and also channelled her energies into the theatre, bringing in influences from abroad and weaving them into Iceland’s cultural tapestry" 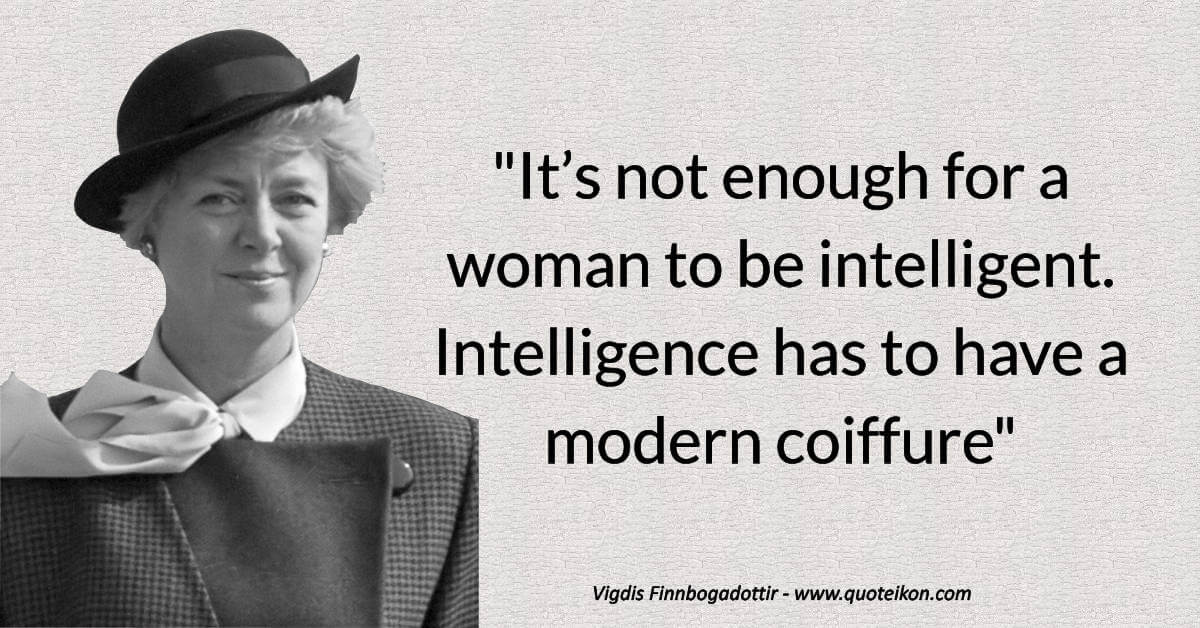