Václav Havel rose from the playwright poet to the powerful president as he led the 1989 Velvet revolution that tore down the Iron Curtain and broke free from the chains of Soviet communism.

A long time outspoken dissident of the Communist regime he was under constant surveillance and served plenty of jail time as a result including a 4 year stint from 1979 until 1983.

In some ways Havel was the accidental president because whilst being an active dissident came naturally to him the same cannot be said of his presidency as he struggled with the balancing politician act for the greater good of the people at the expense of a minority never sat easy with him.

After gaining power the struggle for democracy never left him as he just cast his net further afield by highlighting the plights of the oppressed around the world with a focus on Burma. In an act of selflessness he refused the 1991 Nobel Peace Prize nomination even though he would have been the stand out candidate to win and instead proposed Daw Aung San Suu Kyi who was a political prisoner in Burma.

Vaclav cited that the Czechs had found their freedom and basking in its glory was not a worthy cause while there were other peoples around the world still fighting a tense struggle for democracy. After her ordeal was over Suu Kyi was quoted as saying about him; "When I was under house arrest I knew that here was a man speaking for me. He made me feel free".

Drawing inspiration from his lifetime of poetry and drama he also became an accomplished speech writer and orator, he was good for a one liner also. So this is my compilation of 20 of the best Václav Havel quotes

Carl Bildt the Swedish Foreign Minister spoke highly of him: "Vaclav Havel was one of the greatest Europeans of our age. His voice for freedom paved way for a Europe whole and free"

Jerzy Buzek the president of European parliament was equally impressed saying this of him: "Vaclav Havel is the figure that represents the Velvet Revolution and the reunification of Europe"

The Israeli Prime Minister Benjamin Netanyahu made this assessment: "Havel was a brave and powerful voice against totalitarianism and an inspiration for dissidents everywhere struggling for freedom"

The U.S. President Barack Obama enthused: "His peaceful resistance shook the foundations of an empire, exposed the emptiness of a repressive ideology, and proved that moral leadership is more powerful than any weapon"

The German Chancellor Angela Merkel paid him this tribute: "His dedication to freedom and democracy is as unforgotten as his great humanity … We Germans also have much to thank him for" 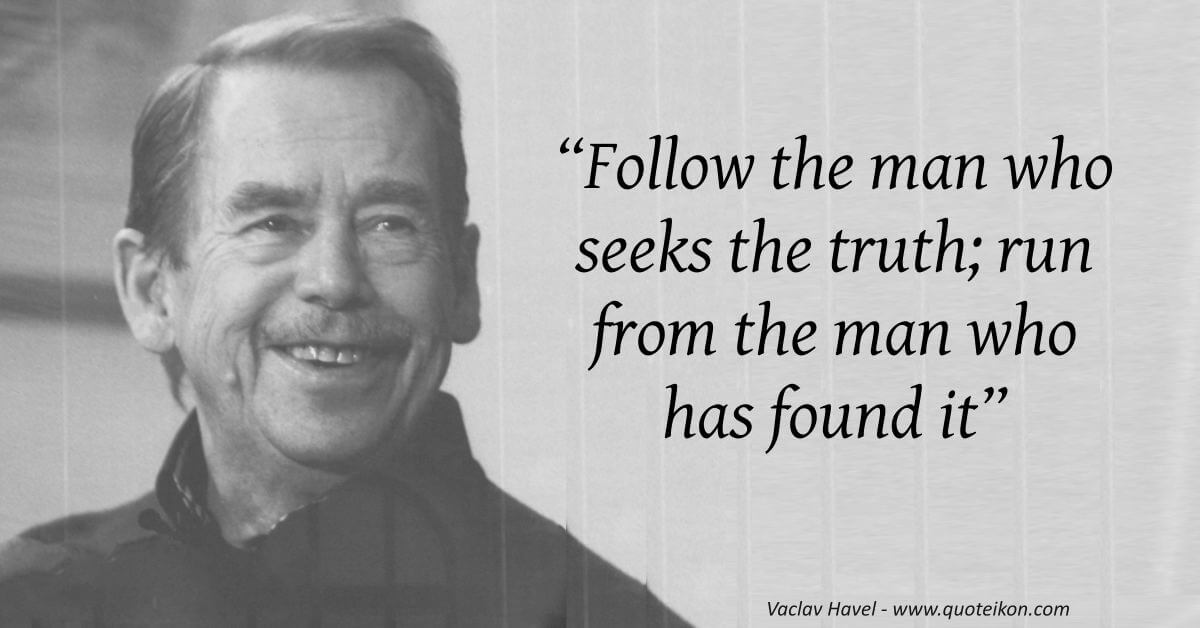