Usher is the Texas born singer and songwriter that first came to prominence as a child protégé which led to his first album (Usher) to be released at the tender age of fifteen.

Although his 1994 debut album was not a commercial success it was plain to see that this was a very talented individual that had a great future ahead of him.

Usher's second album "My Way" released in 1997 was the album that really put Usher on the map spending three weeks at number one on the Billboard R&B/Hip-Hop Albums chart. With his first commercial success under his belt his svelte like voice has proven to be the jewel in his crown that has kept him at the forefront of the R&B scene ever since.

The agility in his velvety voice is quite remarkable but a good voice alone is no guarantee of success and Usher was prepared to work hard on all aspects of his persona which has resulted in the star quality people now witness when he takes to the stage.

Usher also employed an experienced vocal coach called Jan Smith who was quoted as saying of Usher: "The single most gifted singer I've ever worked with in 26 years". A grand endorsement indeed, but it is not just behind the microphone that Usher has been successful as his acting career has seen him grace a Broadway stage, take roles in various TV shows and act on the silver screen.

In 2007 he supported and assisted Barack Obama with his presidential campaign by launching the "Change in the South" campaign at Georgia Tech in Atlanta. Usher was vocal in supporting Obama all the way to his eventual January 2009 inauguration as president and he has also been very good for a one liner, so this is my compilation of 17 of the best Usher quotes

The rapper Eminem paid tribute to him in a song: "You know you blew up when the women rush your stands and try to touch your hands like some screaming Usher fans"

Vocal coach Jan Smith was impressed to say: "He's a remarkable vocal specimen and he understands it now" 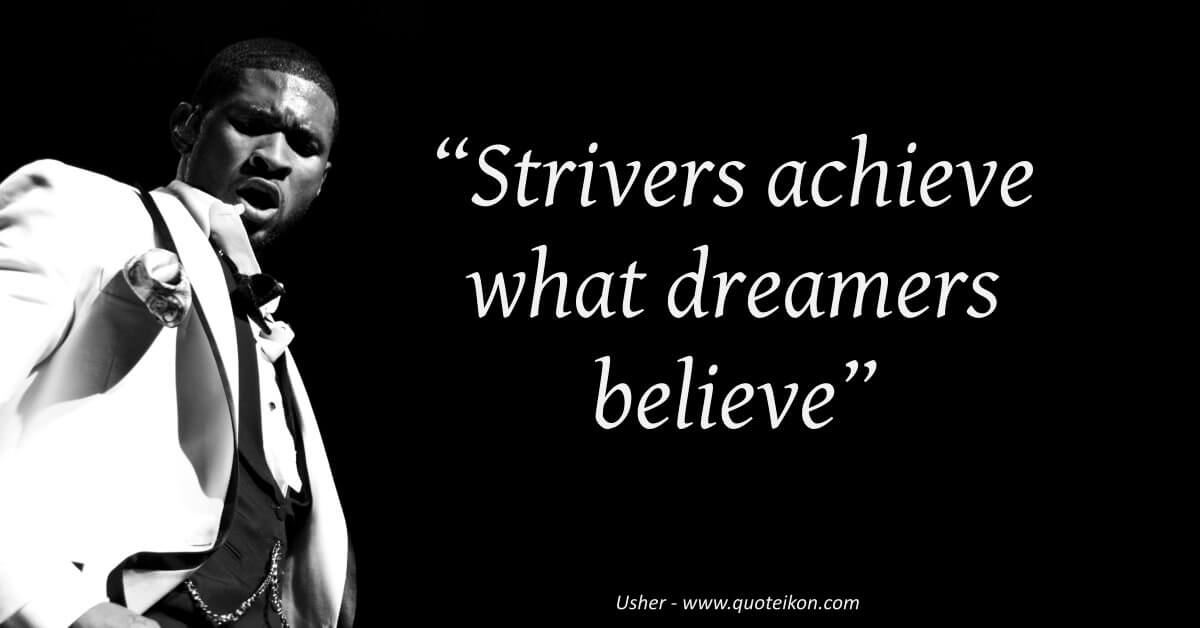