During his athletic career Usain Bolt was the Jamaican running machine that dominated the 100m and 200m for nearly a decade while persistently breaking world records and accumulating gold medals.

Many in his homeland of Jamaica recognised the potential of Bolt and turning professional in 2004 came with a high expectation. However niggling injuries curtailed any chance of building momentum and confidence so he had to wait until 2007 to grasp the taste of success with medal winning runs in the Jamaican championships and Osaka world championships.

This was the springboard Usain needed to take his sprint career seriously and during 2008 the gold medals started to come with times edging closer to world records in both the 100m and 200m.

The Beijing Summer Olympics was when the whole world stood up to take notice of Usain Bolt, not only did he win gold medals in both 100m and 200m he broke the world record in both events also, this made him the first sprinter since Don Quarrie to simultaneously hold both world records.

Bolt went on to repeat his gold medal haul in the 100m and 200m at the 2012 London games and the 2016 Rio De Janeiro games meaning he became the first athlete in history to complete this amazing feat. There was more because Bolt actually achieved a triple triple gold medal haul for sprinting because he was also a member of the Jamaican sprint relay team that won gold medals at the 2008, 2012 and 2016 olympics.

Not many people are prepared to disagree when he is lauded as the greatest sprinter of all time and it is refreshing to note he is a laid back character that does not carry the arrogance of many other historical sporting legends. He may be a relaxed character but he is still good for a quick one liner so here is my compilation of 16 of the best Usain Bolt quotes.

Barack Obama put his achievements into perspective: "No one has ever been faster than this, nobody, of all the billions of people"

The writer Frankie Boyle was impressed to say: "I thought Bolt was amazing, I mean, beating the world record and slowing down at the end, how galling has that got the for the other athletes? I never managed to do anything in 9.69 seconds, it took me ten seconds to watch him do that"

The retired sprinter Carl Lewis was sceptical: "When people ask me about Bolt, I say he could be the greatest athlete of all-time. But for someone to run 10.03 one year and 9.69 the next, if you don't question that in a sport that has the reputation it has right now, you're a fool. Period" 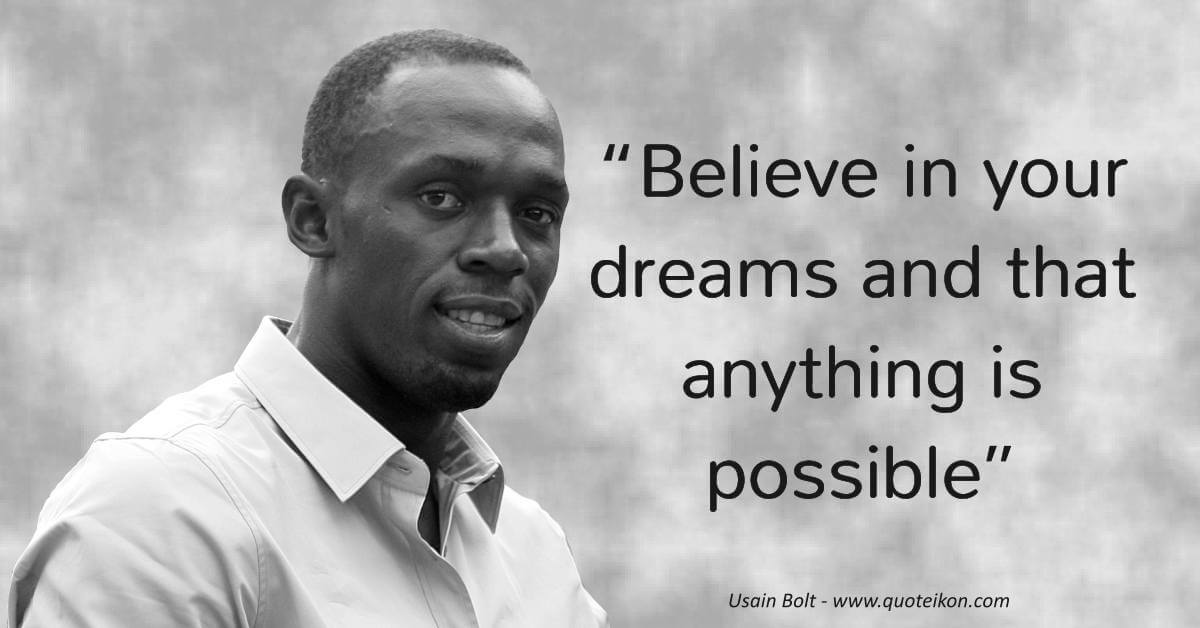