Uri Geller is the Israeli illusionist and self claimed psychic that has been fascinating the public with his abilities for decades. Made famous for his spoon bending in the early 1970's his career has taken him all over the world and even mining companies have enlisted his talents for mineral exploration.

It has not all been plain sailing for Uri as he has had to defend himself from scientific sceptics with James Randi being a constant thorn in his side. Indeed, in 1973 Randi conspired with the host of The Tonight Show Johnny Carson to set Uri up for an appearance on the show, while Uri was expecting an interview they set him up to perform paranormal activity in what the illusionist felt was a hostile environment so he informed Johnny that he could not perform in such an unnatural fashion.

In a twist of Orwellian-like irony the debunking that the conspirators had planned backfired and it only made people believe that Uri's powers were real and not magic, because after all if magic was used it would work every time.

Geller's career really took off after this episode of The Tonight Show. Years later, in November 2000 Geller sued Nintendo for 60 million yen (100 Million US Dollars) for using what he believed was an image based on him and Uri Geller was quoted at the time as saying: "Nintendo turned me into an evil, occult Pokémon character. Nintendo stole my identity by using my name and my signature image". The Pokeman character Yun Geller had paranormal powers and carried a spoon but also had an emblem that resembled the symbol of the Adolf Hitler inspired Nazi SS.

He has had a colourful and successful career during which he was always good for a one liner, so this is my compilation of 17 of the best Uri Geller quotes

The sceptic James Randi said with a critical eye: "Uri Geller may have psychic powers by means of which he can bend spoons; if so, he appears to be doing it the hard way"

The author Artur Zorka said in a report to the 'Society of American Magicians': "I have never claimed that Geller was authentic, or that the Society had any opinion as to Geller's authenticity. I only said that I know of no way that he could have used trickery to do these things. That is a fact"

The magician Max Maven was impressed to say: "The Creative mind of Uri Geller has significantly advanced the world of mentalism. No matter what your opinion may be concerning Mr. Geller's career, there is no question as to the magnitude of his impact on the field"

The scientist Robert Taylor was at a loss: "I don't understand how you do what you do"

The author Joseph Chilton Pearce made this observation: "Time did a devastating hatchet job on Uri Geller (and others). Time selected those events and circumstances thoroughly discrediting Geller. Time also grouped such meticulous researchers as Charles Tart with highly suspect and careless showmen, tarring all with the same brush. Guilt by association is hardly objective journalism. Nevertheless most "nonordinary" phenomena are subjective and not amenable to cultural "prediction and control." This has been one issue of my book. Should Geller-type material become fully acceptable within such channels of the culture such as Time, we would know that the cultural force would have absorbed, and not destroyed, the Crack-sign value of such phenomena. When those working in the field of "nonordinary" phenomena stop trying to prove to the Establishment, they will make a great leap forward. Anonymity is the direction" 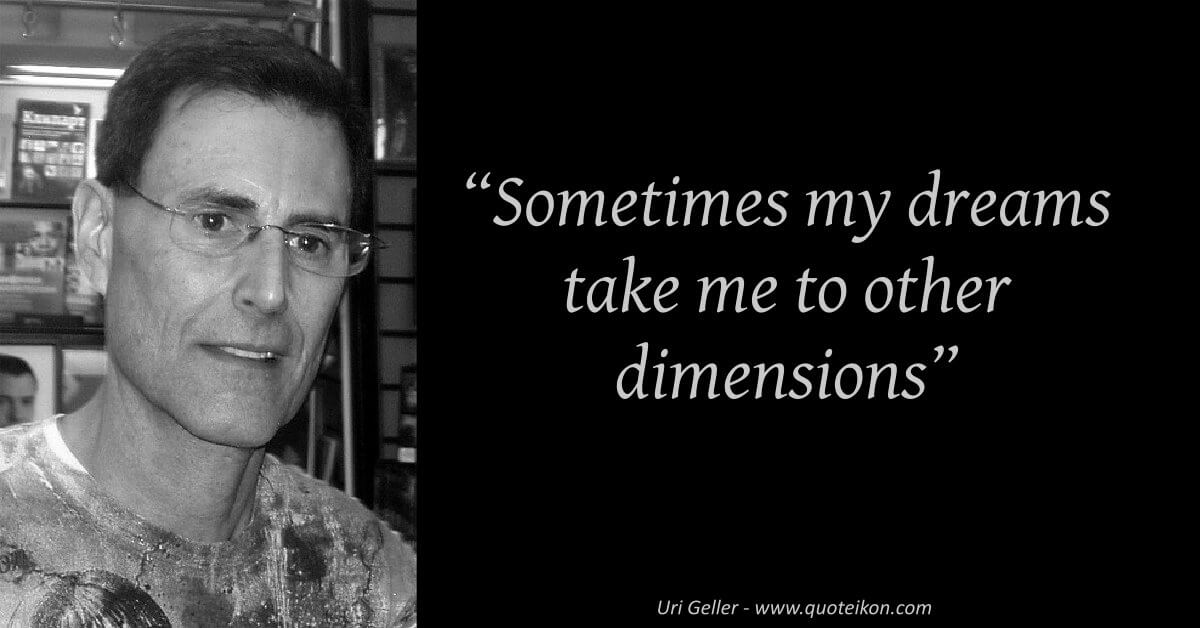