Tony Bouza was born and raised in a shipbuilding city called Ferrol in Galicia in northern Spain until the age of nine when his family emigrated to the U.S.

Bouza joined the NYPD where he rose to the rank of commander in the Bronx area of New York. He was headhunted to become the chief of police in Minneapolis where he successfully served three terms, he was later described as the best police chief New York city never had.

Upon retirement he put pen to paper and was author of eight books and his maverick ways meant it was most interesting researching and selecting my compilation of 12 of the best Tony Bouza quotes.

The Star Tribune journalist Randy Furst made this assessment: "For most of the past quarter century, he has been a witness for the defense across the country, testifying in law suits, some of them major cases, on behalf of people who have alleged wrongdoing by police departments"

The Attorney Mike Freeman responding to some Bouza press criticism: "It is obvious that Tony has not reviewed all of the evidence, as I have, but beyond that, I have no comment" 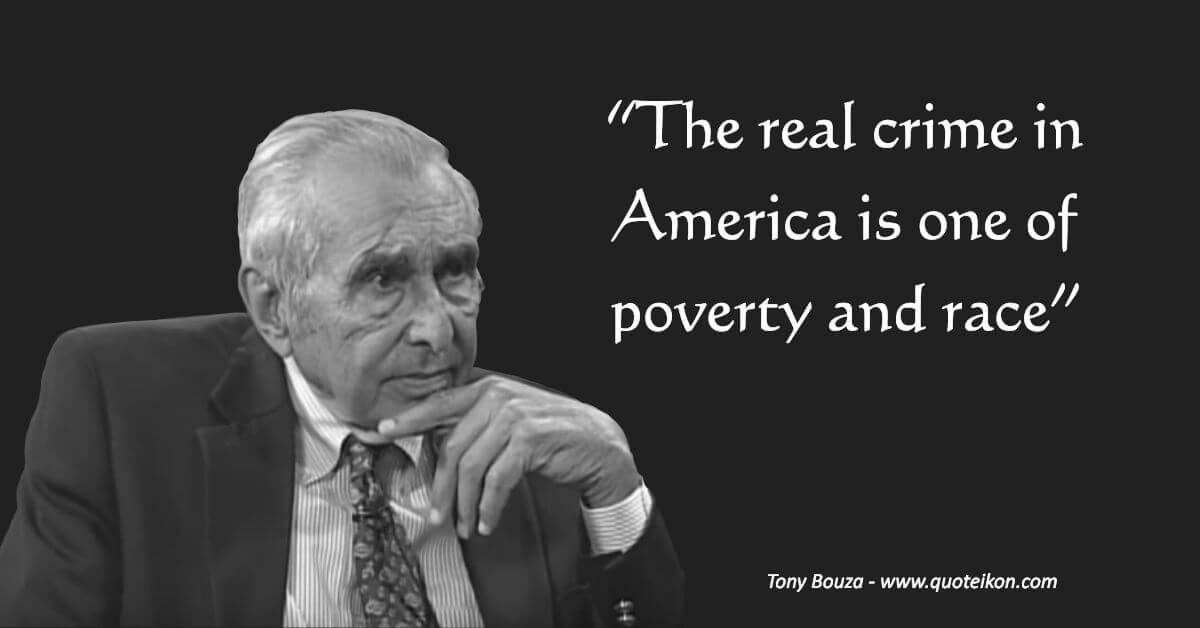