Thomas Mann was born into a politically active dynasty of merchants in the ancient city of Lubeck on the northern coast of Germany. His family became the unwitting passive objects of one of his biggest successes when he included the decline of three generations of his family in his 1901 publication Buddenbrooks.

Mann was a prolific writer and many short story's were to follow and after a great number of his works were translated to English in the mid 1920's his writing was beginning to earn him global acclaim. After numerous nominations he claimed the nobel prize in literature in 1929 and his reputation as one of the great modern German writers was complete.

Although politically aware he was never active until the rise of Nazism drove him to despair and to speak out loudly of the despotic regime. Aware that his life was in great danger he fled the Adolf Hitler inspired Nazi Germany and took up political protest initially in Switzerland and then Czechoslovakia until the Germans marched on Prague in 1939 that forced him to flee Europe to the United States.

Thomas returned to live in Switzerland in 1952 after the witch hunts of the McCarthyism era deemed him a communist sympathiser that was a threat to national security.

Mann's body of work became an inspiration to generations of German writers including 3 of his children who went on to become famous German writers in their own right. Prolific writers like Mann always make research interesting when sifting their their speeches and statements, so this is my compilation of 20 of the best Thomas Mann quotes.

Upon his death the following eulogy appeared in the August 13, 1955 edition of the New York Times: "Thomas Mann knew well where freedom lay; he had the courage to make his choice and gave his full allegiance to this new land"

An unnamed editor wrote the following as part of a 1936 article published at The New Republic: "Mann at last has publicly joined those forces which, from Moscow and Kiev westward to Madrid and San Francisco, are bent on keeping alive the best of the old culture. Hitler's book-burning has had the effect of uniting his opponents in the defense of intellectual freedom" 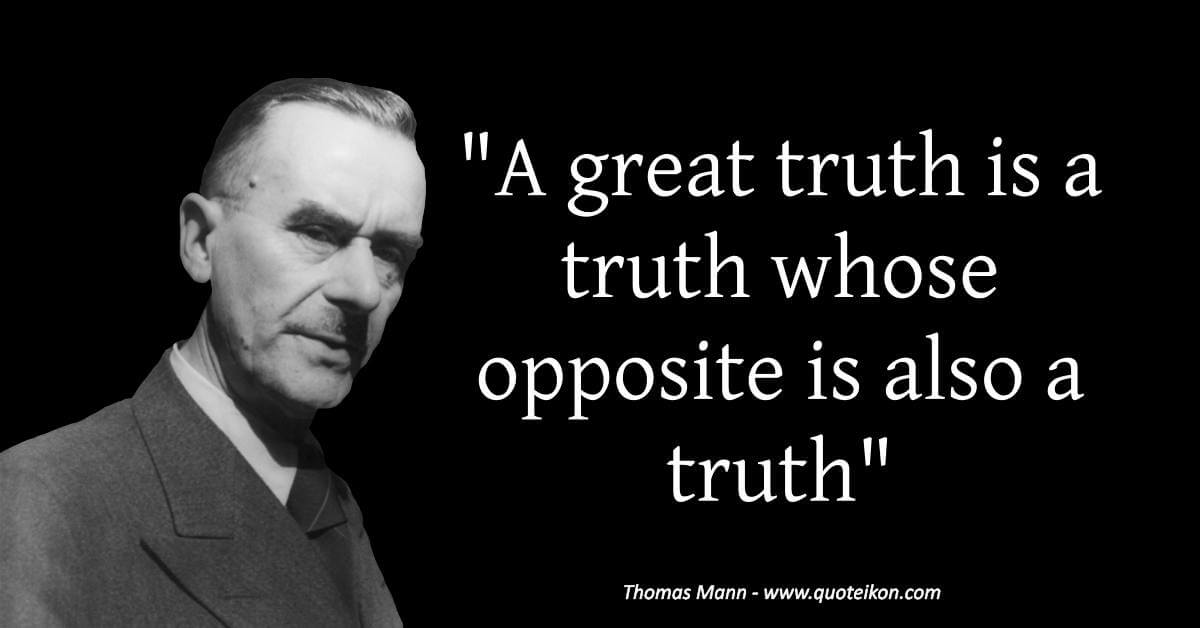