Thomas Hardy was a born and bred Dorset man of the country who was an architect before he decided to unleash his literary genius as a full time writer. He always regarded himself as a poet first and foremost and he wrote poetry throughout his life.

However it was his novels he became famous for with classics such as Far From The Madding Crowd and Tess of the d'Urbervilles raking in the sales. Hardy set many of his novels in the south west region of England where he gave life to the name of the old Anglo Saxon kingdom of Wessex which has fuelled a mini literary tourism industry with people visiting the places used in his books.

The realism in his writing made bleak reading but his characters gripped you where you could feel the pain of their trials and tribulations. He married twice although he never quite got over the death of his first wife Emma Gifford who was the love of his life.

Hardy was nominated for the Nobel Prize in Literature on twelve occasions but although he never managed to win the award he was always held in great esteem by his peers and members of the Royal Society of Literature.

He died in January 1928 and although his ashes were interred in Poets Corner of Westminster Abbey his heart was buried in his native Stinsford, Dorset in the same grave as his first wife. Great writers have a depth of vocabulary and a literary prowess for word arrangement that gives them the ability to create great one liners so this is my compilation of 15 of the best Thomas Hardy quotes.

The novelist H.G. Wells wrote a review for Hardy's novel 'Jude The Obscure': "There is no other novelist alive with the breadth of sympathy, the knowledge or the power for the creation of Jude" 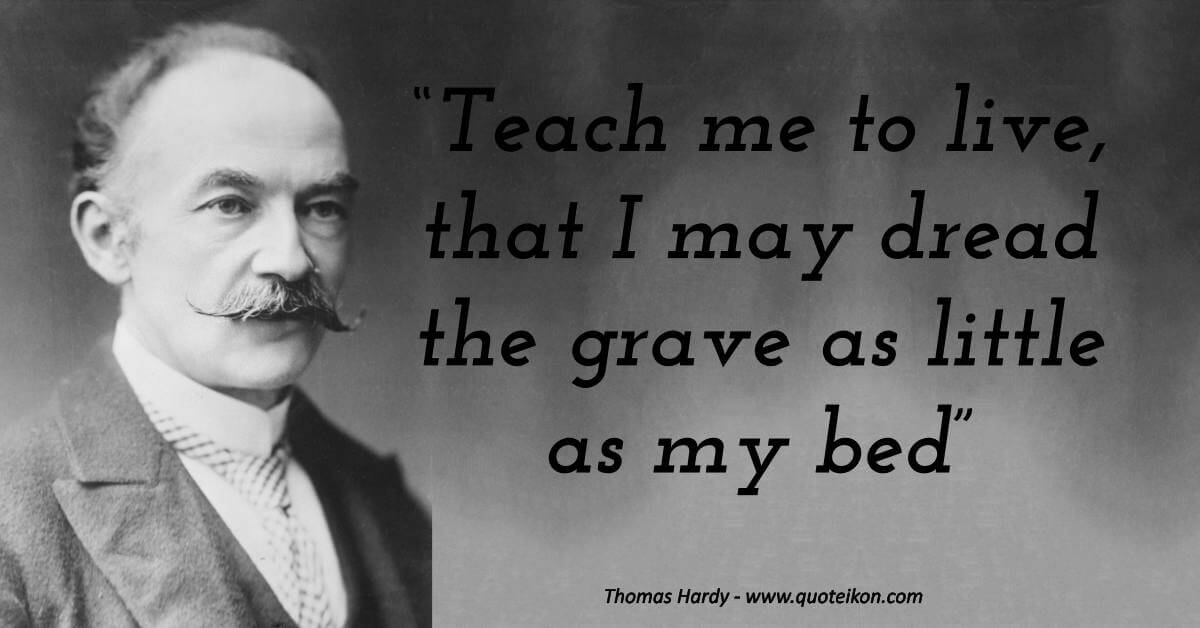