The painter Thomas Eakins traversed a well trodden path just like many an artist before and after him as he was never appreciated during his lifetime where he struggled to sell paintings and the art establishment of the day refused to acknowledge his undoubted ability. It was only posthumously that his body of work has gained the appreciation it fully deserved.

After Eakins artistic sojourn to Europe to learn more about realism from the French and Spanish masters he returned to the U.S. with a determination to reject the surrealism movement and introduce his vision of realism to the American art world.

Eakins' skill with the brush on canvas was a delight to behold but he had many detractors who would rather see a talent suffer, usually to the furtherance of their own careers.

In the 1880's Thomas worked at the Pennsylvania Academy teaching art students in what was regarded as the most risque and liberal art educational class in the world. Nude models were used and even the students themselves stripped down to be painted without segregation of the male/female model from the male/female student.

Eventually the pressure mounted and he was forced to resign even though he was still supported by his students. Eakins was also a master portrait painter but he was not always appreciated for this by his clients, because of his obsession with realism his subjects were painted with warts, spots and blemishes as opposed the the practice of giving the customer a somewhat nicer version of themselves.

His 1875 painting entitled The Gross Clinic was sold in 2006 for $68,000,000 a record for an Eakins painting. It was purchased by the National Gallery of Art in Washington DC

In his day he was regarded as unconventional and reckless with his both his brush and his words, today Eakins stands as one of the greats of the American art world meaning he was before his time. He was also good for a one liner so here is my compilation of 14 of the best Thomas Eakins quotes

Art historian Lloyd Goodrich rated him highly: "In portraiture alone Eakins was the strongest American painter since Copley, with equal substance and power, and added penetration, depth, and subtlety"

The poet Walt Whitman (whose portrait he painted in 1888) was praiseful with his words: "I never knew of but one artist, and this is Tom Eakins, who could resist the temptation to see what they think ought to be rather than what is"

The art critic Robert Hughes was impressed to say: "He was never interested in conventional beauty. Sober, pinched, reflective, lined and melancholy, his portraits remind us of that. But how many American artists said more about the sense of being in the world? Eakins was that extreme rarity, an artist who refused to tell a lie even in the service of his own imagination"

The artist Robert Henri talked of his influences: "Eakins was a deep student of life, and with a great love he studied humanity frankly. He was not afraid of what his study revealed to him" 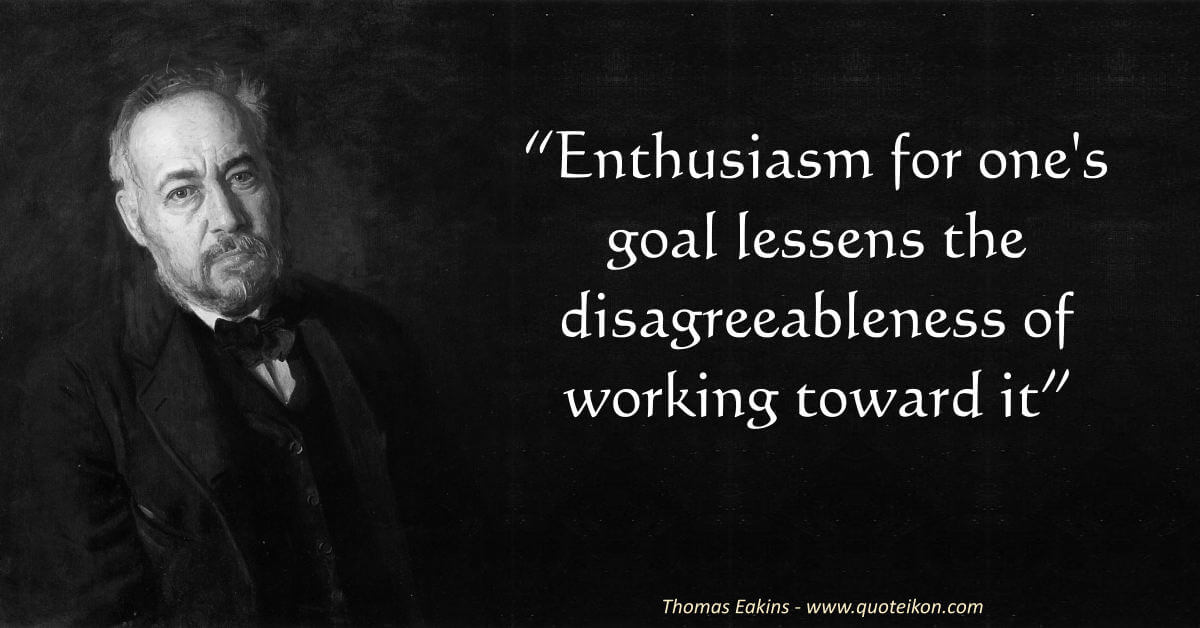