Sugar Minott was a Kingston born reggae star with Jamaican music in his blood who released nearly 40 albums spanning four decades in a successful career on both sides of the Atlantic. His biggest UK hit got to number 4 in the charts in 1981 with his smooth cover version of the Michael Jackson song "Good Thing Going".

Sugar followed that up with a successful album bearing the same name. The 1980's were a good decade for Minott as he was a pioneer of the Jamaican dance hall music that proved a popular sound as he built a large following.

Minotts breakthrough in the 1970's came under the wing of Studio One's Coxsone Dodd, he also gained experience working with Sly & Robbie and later he he did good work nurturing young talent like Junior Reid and Tenor Saw.

Sugar continued to record music and perform live right up to his early demise in 2010, gone but never forgotten his music is his legacy and his influence on the dance hall scene has inspired generations of new musicians.

His warm persona mixed with his creative talent meant he was always good for a one liner or two, so this is my compilation of 15 of the best Sugar Minott quotes.

The critic Erin Sheehy was impressed to say: "It was his hustle and charm, cultivated in the highly competitive and wildly energetic Jamaican dancehall, that endeared Sugar to the world"

The reggae star Junior Reid paid a fine tribute: "Sugar Minott was a man who gave a lot of strength to the music although he got no love from the business" 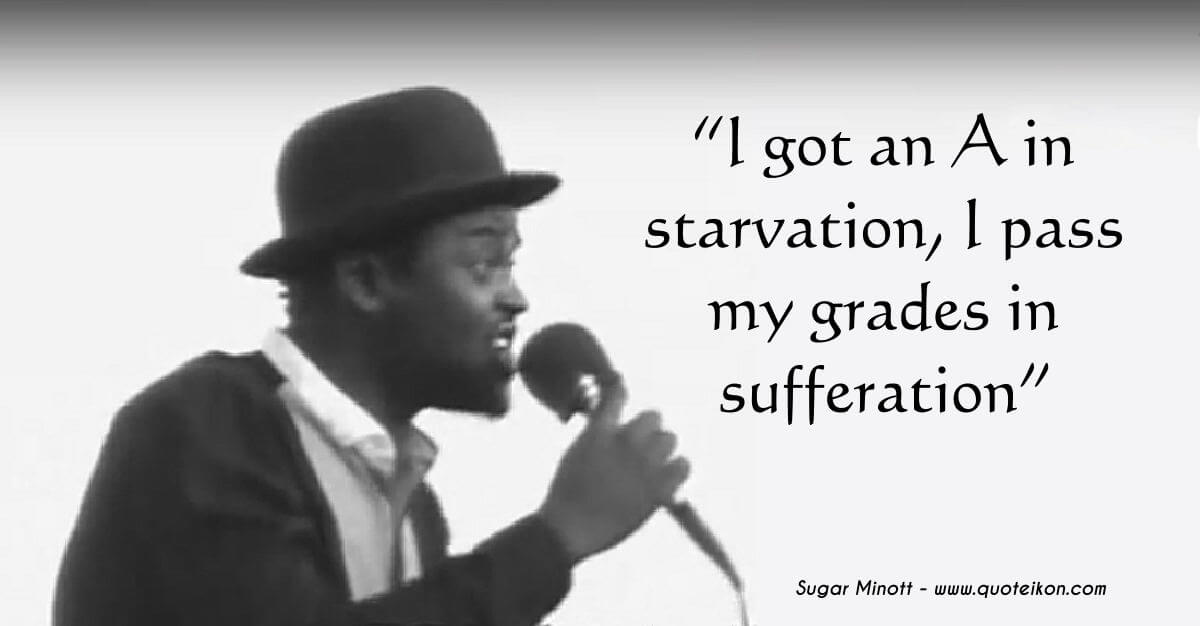