Stan Laurel was the comic genius whose facial expressions and dead pan understatement rewarded him with a career that lasted 30 successful years and forged an on screen partnership with Oliver Hardy that ranks them as the best Hollywood comedy duo partnerships to date. Their on screen humour is timeless, meaning still to this day their movies are being enjoyed by each new generation who can readily relate to the slapstick antics of these legends of comedy.

Together they had an on screen chemistry that just worked so well they easily made the transition from silent to the sound era of movies. But there was more to Stan than meets the eye as his creative genius was the catalyst behind many of the famous scenes played out in his films.

Stan was good friends with both Keaton and Chaplin, indeed he even sailed on the same ship as Chaplin in 1910 when the pair went to America.

Another comic genius Jerry Lewis once offered Stan $100,000 to write for him but he turned it down, at that time it wasn't about the money for Stan as he just lost all interest in working due to ill health and him being badly affected by the death of his close friend and comedy partner Oliver Hardy in 1957.

He dedicated his career to making us laugh and off screen he was a humble, gracious but quick witted man who could always be relied upon for a great one liner, so here is my compilation of 21 of the best Stan Laurel quotes.

The French actor Marcel Marceau said this when he visited Stan shortly before his death: "I am now in the home of ze master. I learned my art from watching Laurel and Hardy movies"

The author Kliph Nesteroff made this observation: "Laurel and Hardy successfully straddled the silent-to-talkie film period in a way a lot of their contemporaries didn’t"

The actor Danny Kaye summed up how everybody felt: "They made us laugh because in them we kind of saw ourselves – ridiculous, frustrated, up to our necks in trouble, but nevertheless ourselves"

Lou Costello described the duo thus: "They were the funniest comedy team in the world" 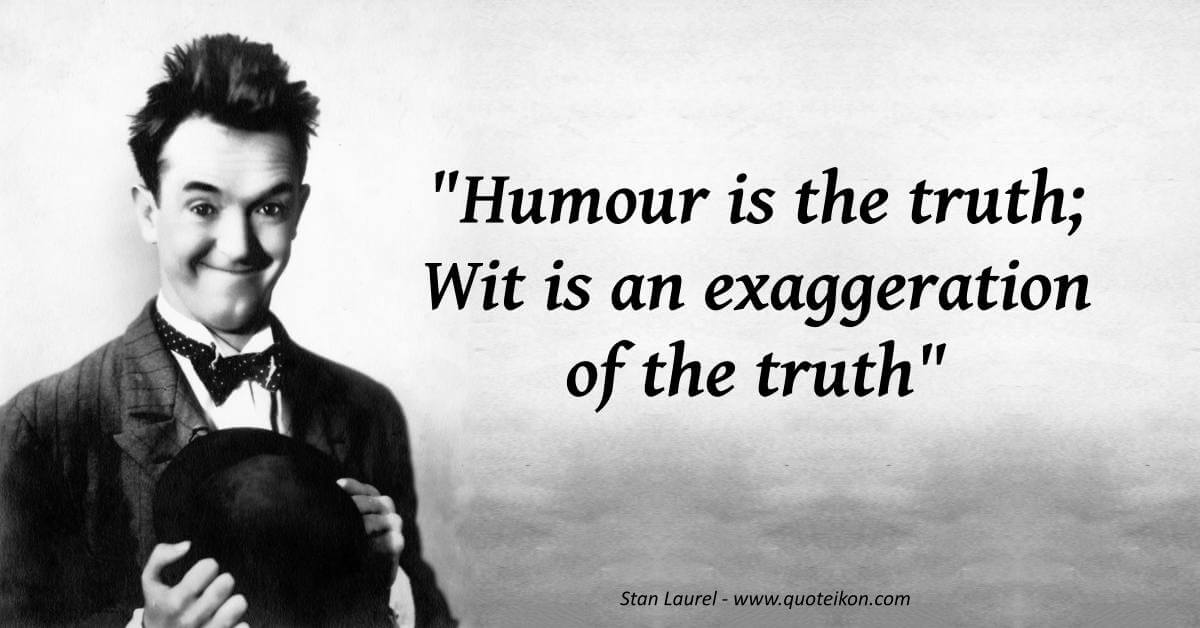