Spencer Dryden didn't herald from the rock and roll background of his mid sixties contemporaries as he was a drummer working the jazz club scene in Los Angeles until he was spotted and recruited to replace Skip Spence on sticks for Jefferson Airplane.

He joined in mid 1966 at a time when the Airplane was about to begin its ascendency to rock legendary status. Along with fellow new band member Grace Slick Jefferson Airplane went on to lead the San Francisco psychedelic music movement through albums such as Crown of Creation and Surrealistic Pillow as well as headlining in the legendary music festivals at Monterey Pop, Woodstock and Altamont.

While Woodstock stoked the feeling of the summer of love Altamont was an altogether different beast and Dryden and the band felt the vibes were not good and Altamont went on to make sensational headlines for all the wrong reasons including the murder of concert goer Meredith Hunter at the hands of the notorious Hells Angels biker group who provided security for the day.

He was a character who was responsible for some memorable one liners during interviews over the years and here is my list of 12 of the best Spencer Dryden quotes.

The Jefferson Airplane singer Grace Slick paid tribute to his drumming prowess: "He was not a power drummer - he was more imaginative than that. He had a rough call because he was having to keep time. Jack Casady used to play lead guitar before he played bass, so he played kind of a lead bass thing. So Spencer had to hold down the rhythm, which is hard to do with a band that’s that loud. So he had quite the task"

Mickey Hart of The Grateful Dead was impressed to say: "Spencer had a flow, a way of going, an impulse power that was irresistible and unique. He was capable of creating a churning, loving rhythm machine for ecstatic dancing" 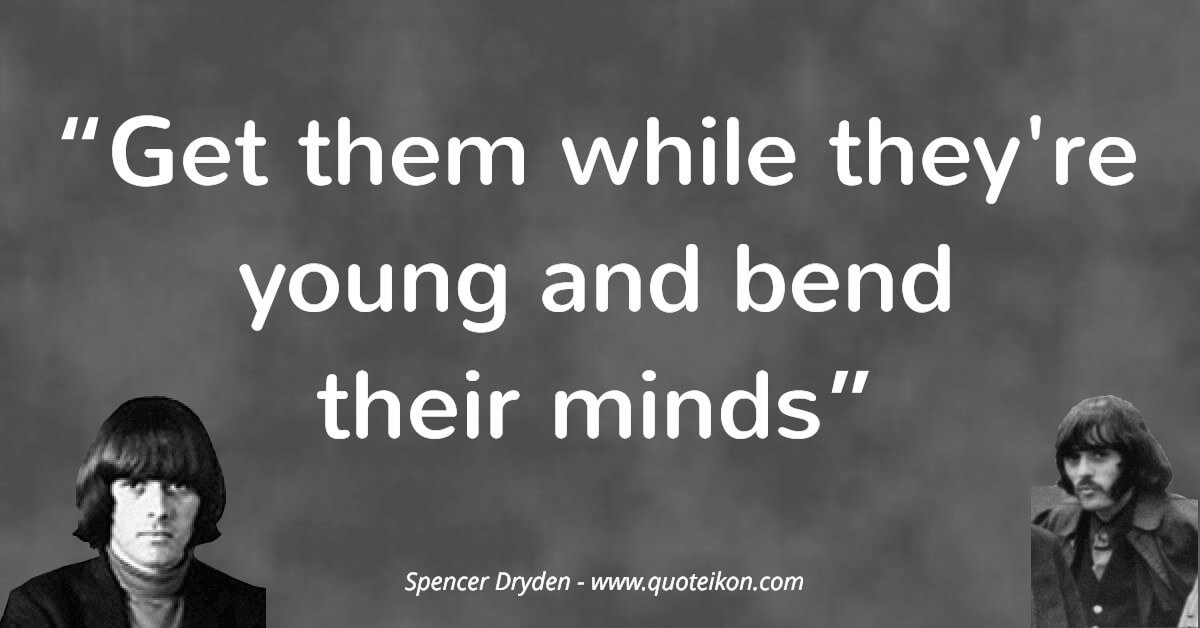