Rubén González was the Cuban pianist who sacrificed a promising career as a doctor to pursue his love of music. Ruben first made a name for himself in the Havana nightlife scene in the early 1940's where he became a star performer at the Tropicana Cabaret.

Gonzalez was at the forefront of Cuban music with his innovative fusion of the rhythyms of latin and jazz creating a sound quite unique to the era. During the 1950's Ruben travelled through South America where he found inspiration form the tango and sambo beats he encountered until he came back to Cuba in the 1960's where he worked with Enrique Jorrin amongst many other Cuban musicians.

Rubén González had retired by 1996 when Ry Cooder and Nick Gold came with their proposal to revive the music from the pre-revolution era. The result was the Buena Vista Social Club whereby a host of local musicians created three albums that built momentum with the first selling 250,000 copies until the third album sold more than 5 million worldwide and picked up a Grammy for best latin album of 1998.

Ruben Gonzales went on to make two solo albums and became an unlikely Cuban hero as worldwide success ensured he was much in demand despite being in his late 70's.

He was a gifted musician who continued playing until ill health forced him to stop, he was also good for a one liner so this is my compilation of 8 of the best Rubén González quotes

The musician Ry Cooder was inspired to say: "González is the greatest piano soloist I have ever heard in my entire life. A Cuban cross between Thelonious Monk and Felix the Cat"

Ry Cooder went on to say: "He was this little old guy, but you could see he could still play. He was a very kinetic player, very high energy, and had that very animated quality that Cuban musicians have"

The music historian Juan De Marcos González summed him up by simply saying: "He's a genius"

The critic Jan Fairley enthused: "The stillness of his body contrasted with the speed of his hands as, in his unmistakable percussively lyrical style, they played pieces that he later admitted he had probably performed thousands of times in Havana night clubs" 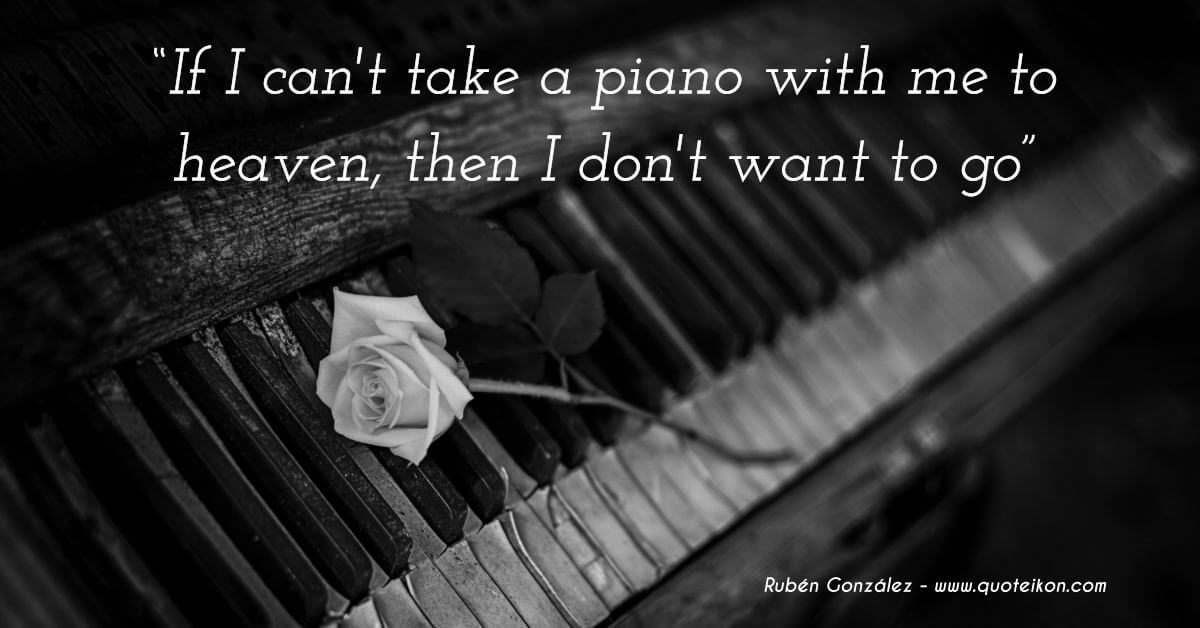