Robert Falcon Scott was the British naval explorer who set his heart on being the first person to reach the South Pole and died a heroic death on his return journey after reaching the pole on 17th January 1912. Reaching the south pole was a remarkable achievement and Scott had spent many years planning to be the first to the pole, it became an obsession that he had set his heart on achieving for the glory of the nation.

During his teams journey to the pole they endured the worst the Antarctic could throw at them and faced many setbacks. Their motorised sledges quickly broke down, their ponies had to be shot and even the dog team was forced to turn back such were the harsh conditions they faced.

Undaunted Scotts team carried on scaling the Beardmore Glacier and across the Polar Plateau. Against the odds they reached the pole only to find evidence that his polar rival Roald Amundsen had beaten him to the pole by five weeks. Devastated Scott was quoted as saying: "The worst has happened; All the day dreams must go; Great God! This is an awful place".

The team then began the slow return journey weighted down by the news they were not the first. The team got to within 18km of their depot but the weather worsened and they were hemmed in by snow blizzards for 9 days until their food ran out and with frostbite setting in each heroic member of Scott Of The Antarctics expedition party wrote their farewell notes to their loved ones.

After the Antarctic winter completed its cycle a search party set out and found their death camp on 12th November 1912. There was no heroes return for the team but they were posthumously decorated with polar medals and statues erected in their names.

His leadership and valiant exploits earned him the famous moniker "Scott Of The Antarctic" and his diaries illustrated the hardships endured during this final expedition. Chilling as they can be here is my compilation of 12 of the best Robert Falcon Scott quotes.

The polar researcher Karen May talked of the fine lines between success and failure: "What is so compelling about the Scott Expedition is how close these men were to surviving, and just how many unfortunate incidents ultimately led to the tragedy. Examining the Scott Expedition, one sees a pattern of minor mistakes by a number of people, which were not necessarily fatal in themselves, but when taken in conjunction with everything else, led to catastrophe"

The great Roald Amundsen shared this wisdom before their expedition: "I may say that this is the greatest factor—the way in which the expedition is equipped—the way in which every difficulty is foreseen, and precautions taken for meeting or avoiding it. Victory awaits him who has everything in order — luck, people call it. Defeat is certain for him who has neglected to take the necessary precautions in time; this is called bad luck"

Elin Simonsson, of the Natural History Museum in London was impressed by the scientific research carried out: "Scott's expedition also brought back 40,000 specimens and their research produced 15 volumes of bound reports written by 59 specialists"

The palaeontologist Paul Kenrick was impressed to say: "Glossopteris has big feather-shaped leaves and Scott and his men found a very small fragmentary piece. But it was a very important find" 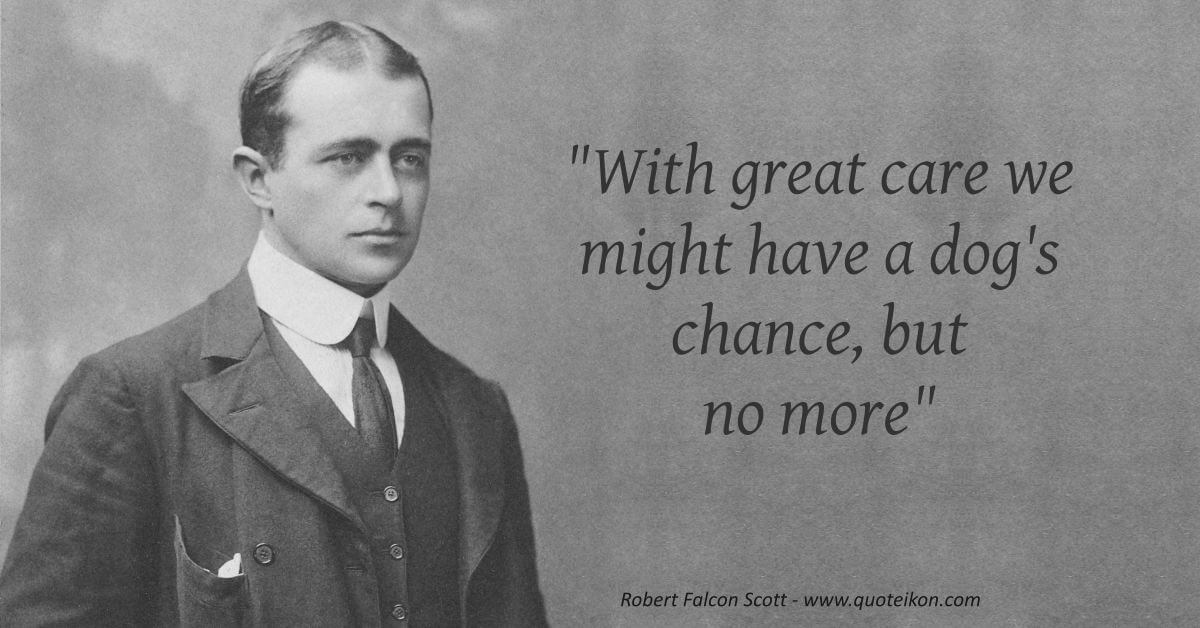