Robert Durst was born into a wealthy American real estate family and grew up in Scarsdale, New York before attending Lehigh University where he received a bachelors degree in economics. He gained a reputation as a mild eccentric and as his life progressed controversy always seemed to follow his every footstep.

He has been subject to numerous police investigations including being convicted of dismembering the body of his Galveston neighbour Morris Black. Durst avoided a murder conviction by claiming he acted in self defence during the struggle in which Black died.

The disappearance in 1982 of his first wife Kathleen McCormack has kept the finger of suspicion pointing at Durst for decades and despite many investigations being conducted into him charges have never been filed.

Quite bizarrely Robert Durst appeared in a TV documentary called 'The Jinx' in the hope he could improve his public image but subsequent to this he was charged with the murder of his old friend Susan Berman. One sentence near the end of The Jinx helped to seal his fate when he announced "What the hell did I do? Killed them all, of course". However it has since been admitted that this quote was actually two separate comments that were edited and made to look like one sentence.

There were of course other quips he has famously uttered over the years so this is my compilation of 13 of the best Robert Durst quotes.

Investigating Detective Struk said of the missing Kathleen McCormack Durst: "We still never had a crime scene, never had a body"

When investigating the HBO documentary 'The Jinx', the journalist Charles V. Bagli reported that: "Durst’s remarks were significantly edited; rather than being consecutive, the two sentences had been plucked from among the 20 in his rambling remarks, and presented out of order"

A producer on 'The Jinx' Zac Stuart-Pontier was quoted as saying: "We put the line ‘killed them all’ at the very end of the last episode to end the series on a dramatic note, not to link it to any other line. It didn’t occur to us that other journalists would connect it with ‘What the hell did I do?’ There are actually 10 seconds between the two lines, and I think the experiences of reading it and hearing it are very different" 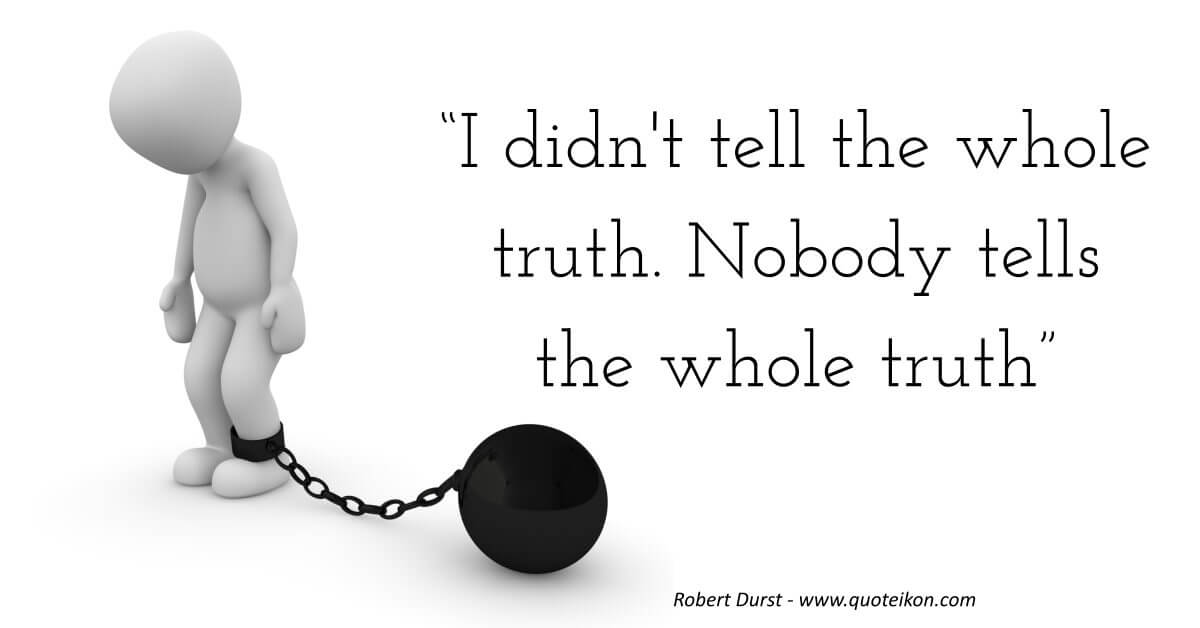