Quentin Crisp grew up in a London quite different from today and suffered terribly from the homophobic views that society held during the most of the 20th century.

Born in 1908 in the leafy Surrey suburb of Sutton (south London), however he found life was anything but sweet surburbia for anyone that displayed effeminacy so Crisp decided from his early twenties he was going to enlighten the world as to the existence of homosexuality in society.

Crisp dyed his long hair, wore nail varnish to top off his cross dressing and over effeminate ways in public. He became a male prostitute and in the late 1940's he embarked on a 30 year career as a nude model offering his services to numerous art colleges around London and the home counties.

He had written 3 short books by the time he penned his autobiography The Naked Civil Servant. A dramatisation of his autobiography gained critical acclaim on both sides of the Atlantic and Crisp decided to move to New York to earn a living as a successful theatre raconteur.

Shocking him was nigh on impossible as he always had a witty response to most situations which gave rise to some wonderful one liners, so this is my compilation of 21 of the best Quentin Crisp quotes.

Sting wrote this immortal line about Crisp in his song 'An Englishman In New York': "It takes a man to suffer ignorance and smile. Be yourself no matter what they say"

Sting went on to say: "Quentin is a hero of mine, someone I know very well. He is gay and he was gay at a time in history when it was dangerous to be so. He had people beating up on him on a daily basis, largely with the consent of the public"

The poet James Kirkup paid him this tribute: "He was a butterfly broken on the wheel of British sexual humbug. But in the end, it was the wheel, not Quentin, that broke"

The novelist Bernard Cops described him thus: "Quentin made people revise their prejudices and preconceptions in a way that was marvellous. He was a pioneer, the John Logie Baird of camp"

The human rights activist Peter Tatchell was impressed to say: "He was very much an old school stereotypical camp homosexual but there is no doubt about his courage in coming out and his bravery in flaunting his effeminacy. Prior to decriminalisation it was a very difficult and dangerous thing to do" 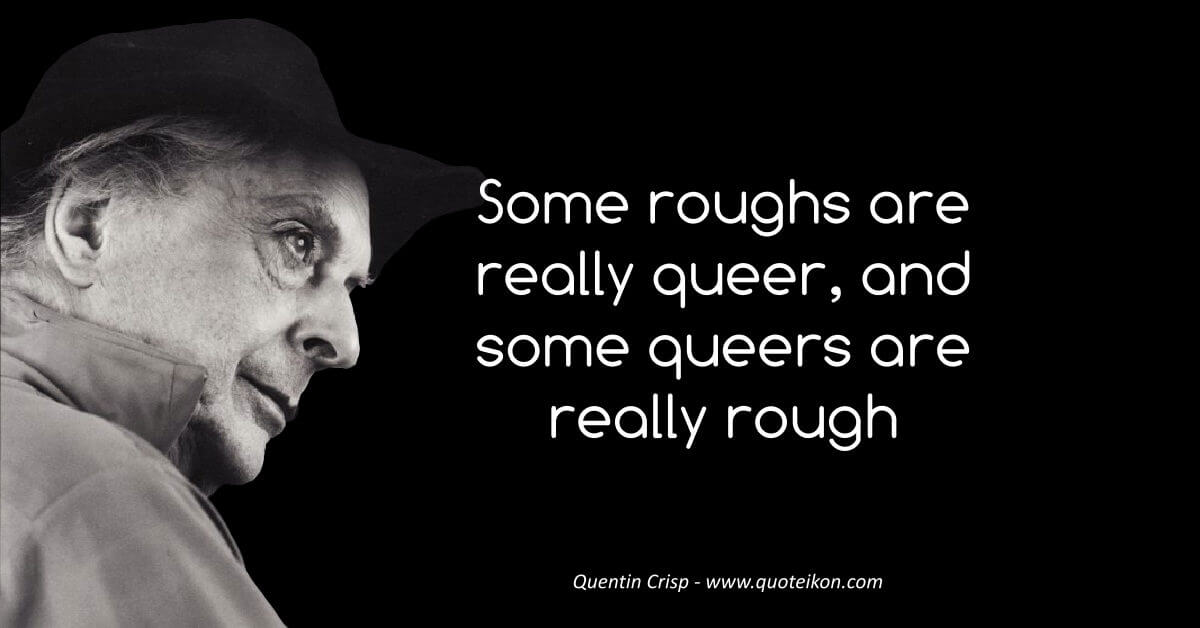