Queen Rania Of Jordan is a breath of fresh air in a world obsessed by mistrust and fuelled by ignorance. Hers has been a patient voice rallying for the Jordanian people and advocating education as the path to improvement of their status. Her standing has grown since she became queen and people have realised she is not just a pretty face but an articulated level headed leader who talks a lot of common sense.

The media having discovered this and make requests for interviews on a range of subjects she holds dear to her heart. Queen Rania has shown a deep dislike for war and violence as she has long advocated for peace and has even been quoted as saying; "To achieve a lasting peace in the Middle East takes guts, not guns", wise words indeed.

She is a peoples queen and she quite rightly takes delight when the Jordanians mention her in this light. She is active on social media where she expertly uses these as tools to disseminate useful information to her millions of followers.

Queen Rania is active on the international stage with her educational initiatives and selfless work for Unicef. Many royals around the world are aloof and elusive to share their opinions or their advisors beg them not to for fear of causing upset so it is a welcome change that Her Majesty The Queen of the Hashemite Kingdom of Jordan is so open with her views.

As an articulate intellectual and compassionate Queen she is also media minded for an excellent one liner, so this is my compilation of 17 of the best Queen Rania Of Jordan quotes.

Quotes About Queen Rania Of Jordan

The writer Antonio Ferrari paid her this tribute: "You are a brave woman, a born optimist"

The journalist Yasmin Faruki was impressed to say: "Beyond her reputation as a global leader and advocate, Queen Rania has skillfully leveraged her background in technology to build a remarkable social media presence"

The writer Brittani Barger talked about her global presence: "The Queen is also one of the most active royals on social media. She has an official Facebook, Twitter, Flickr, YouTube, and Instagram. She also has an official website separate from her husband, where people can find out more about her, her initiatives, and advocacies" 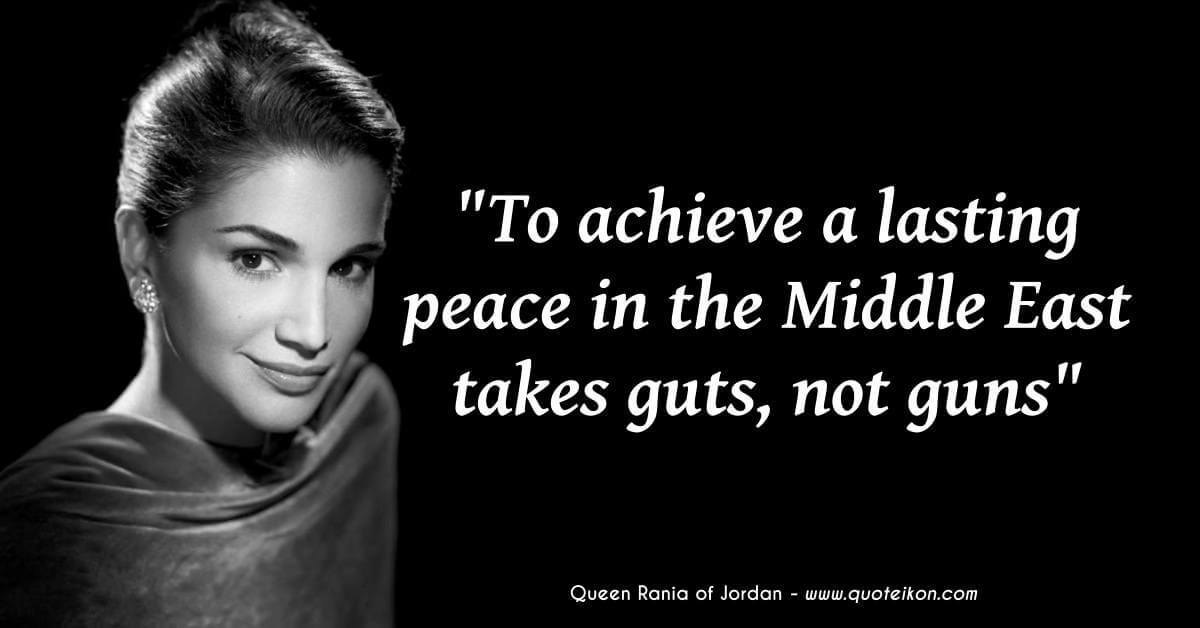