Qian Xuan is known as one of the Chinese masters of old whose work is revered by artists and admired by connoisseurs of artistic culture who appreciate the life he injected into his canvas.

The poet Zhang Hu described the work of Qian Xuan in his colophon as art as an historical document and as such it was a cornerstone to inspire future artisans.

Life was not a bed of roses for Xuan as he struggled for many years especially after the fall of the Song dynasty to whom he would remain loyal until his dying breath, he even went as far as to refuse to publicly acknowledge the new Yuan dynasty. Indeed, his legend portrays him as a loyalist who, when seated, never once faced north towards where the Yuan capital Dadu was located (present day Beijing) as he always faced south showing his loyalty to the fallen Song dynasty.

Qian Xuan was a man of his convictions and he preferred to face poverty rather than be disloyal but through his skill as an artist did make a living as a professional artist.

His paintings are rich with the faces of nature in the plant and flower form of which he was very skilled in painting. From great talent often springs wise words with deep meaning, so here is my compilation of 6 of the best Qian Xuan quotes

The artist Huang Gongwang paid him this tribute: "Qian Xuan was a scholar of Wuxing. People do not realize that the histories and classics were all strung together in his breast"

The author James C. Y. Watt made this observation: "Qian Xuan suggests that, having achieved a lofty detachment from the world, he has no need to adopt the stance of a recluse - his life already exemplifies that ideal"

The critic John C. Ferguson on his painting and ode 'Returning Home': "This picture is one of the best known in the records of Chinese art; it bares on its face an annotation by the emperor Ch'ien Lung and has the seals of the famous connoisseurs who have seen it"

The author Lian Duan noted his place in Chinese art history: "The earliest literati painter in the transitional phase is Qian Xuan who was already an established artist with great fame when the Mongol army captured Hangzhou, the capital city of the Southern Song in 1276" 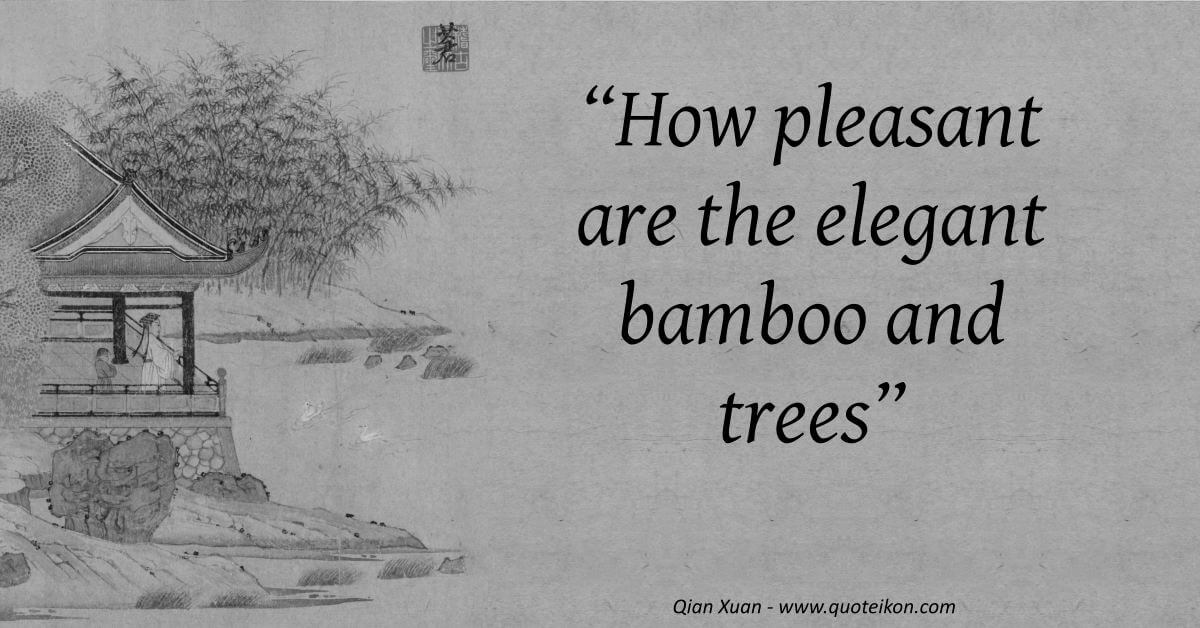