He was born of royalty but grew to greatness as the Russian Tsar who thrust the modern world ideals onto a country beset with a nonprogressive mindset. At 6' 8" he was a beast of a man who was looked upon as the giant genius who expanded the empire. His name was Peter The Great, the larger than life Tsar who catapulted Russia back into the upper echelons of world power.

Peter Alekseyevich Romanov was bestowed the title of Tsar of Russia when he was a mere 10 year old boy. It was mostly ceremonial at this stage with the decision making not yet in his hands. Throughout his childhood he was driven by a compulsive curiosity to learn and was the first Russian monarch to receive an education both at home and abroad.

Peter was a born leader and he was driven by a desire and ambition to elevate Russia to world renowned status. Always studying he learnt from the great maritime powers of Europe how to build ships, manufacture firearms and develop artillery. Peter lay the foundations for the Russian navy by personally researching Europe's naval powers so he could build his own maritime force.

He was a hands on leader who decided to combine travel with learning European manufacturing techniques. Peter visited Holland to study the Dutch shipbuilding industry. On a visit to England he was impressed by the tactical awareness of the royal navy and immersed himself in the English techniques of building cities. On a visit to Prussia, Peter saw the benefits of military schools and was fortunate to get to study their artillery manufacturing process.

Peter was impressed by what he saw in Europe and rigorously adopted their policies in moves that would propel Russia forward. Peter's ambition for the country was not matched by the traditionalists who frowned upon advancement with disdain as they preferred to wallow in their cultural heritage than seek out a better future.

In a bid to change the mindset, Peter sent young noblemen abroad to study and his foreign based ambassadors were tasked with recruiting specialist workers and designers to go to work in Russia.

Militarily Peters reign was considered quite the success. As part of his plan to become a naval power, he launched in 1696 a naval fleet of thirty ships to capture the strategic port of Azov which was controlled by the Ottoman empire. By 1698 Peter had built his first navy base at Taganrog which solidified the Russian naval position facing the Sea Of Azov.

The Ottomans in the south had been an enemy for many years. In the north there lay another challenge to Peter's ambition to be a major naval power, the Swedish Empire. For fifty years the Swedes had controlled the Baltic region but the Tsar knew he needed naval bases both north and south to be a major player in Europe so he declared war on Sweden in 1700.

The Great Northern War against the Swedish Empire rumbled on for many years but ultimately the Tsardom of Russia came out on top gaining strategic naval territories on the Baltic Sea. The result of the peace Treaty of Nystad saw Russia walk away with the dominions of Estonia, Livonia and Ingria firmly held under their jurisdiction whilst the Tsardom also made inroads into parts of Kexholm and Viborg.

1703 was a good year for Peter The Great. Not only did he capture the city of Nyen including its Swedish fortress of Nyenschantz on the river Neva, he further rubbed salt in proverbial Swedish wounds by founding the city of St Petersburg in place of his territorial prize. Peter was inspired by the great cultural capitals of Europe and was determined to put his new city on the map as an architectural masterpiece to rival Paris or Rome.

Such was the importance of building St Petersburg that using stone on any building outside its city limits would mean instant exile from the kingdom. This drew every stone mason in the empire to St Petersburg as they got to work following Italian, Dutch and German architectural designs to build some of the most lavish buildings, palaces and cathedrals in Eastern Europe.

Building the Tsar's dream city became problematic due to the extremely high mortality rate brought on by the schedule continuing through the harsh Russian winters. To ensure the continuous supply of manual labour, thousands of serfs were conscripted and put to work alongside Swedish prisoners of war, criminals and peasants. It was this punishing regime of forced labour that gave the city of St Petersburg an unwanted nickname: The City Built On Bones.

Dubbed the Venice of the north, Peter took inspiration from both the Venetian republic and Amsterdam to build upon a series of canals. St Petersburg would go on to become the Russian capital until the 1917 revolution. It does however remain the cultural capital of Russia due to its many sumptuous heritage buildings that line the canal sides of this city full of architectural awe.

In 1721 the State Chancellor, Gavrila Golovkin, added to Peter's traditional Tsar title when he inserted the term "The Great" to reflect his time in the hot seat of Russian power. However, there was nothing "great" about Peters treatment of some family members.

Having grown to dislike his first wife Eudoxia Lopukhina, he divorced her and forced her to enter a convent. During his life, Peter fathered fourteen children, however only three survived to adulthood. His second wife Catherine I fared much better and went on to become the empress of Russia upon the death of Peter.

His eldest son Alexei Petrovich was heir to Peter's throne but he despised his father for the way he treated his mother Eudoxia. Alexia's bitterness towards his father would become his undoing as Peter became one of the few rulers in history who actually tortured his own son to death.

Alexia was not interested in becoming the Tsar, but Peter insisted by forcing him to commit to duties of state. Eventually Alexia fled to Austria to escape his fathers clutches. This action scandalised the Russian court and his father was livid with rage. Alexia then made the mistake of trying to negotiate his return. Peter agreed to his sons terms and promised that he could relinquish his rights to be Tsar, go unpunished and live out his life away from the glare of public life on one of his fathers estates.

Naively Alexia returned in January 1718. He was promptly arrested in Moscow and brutally tortured under his fathers instruction to extract a confession. During his interrogation he gave up all his friends names as co-conspirators in his plot to abdicate. All his friends were rounded up and suffered gruesome deaths by torturously slow methods that included roasting their feet over hot coals, the back breaking rack, whipping and impaling.

Peter continued to have Alexia tortured as he was looking for a confession to collusion with a foreign power. The confession was not forthcoming and Alexia died from his wounds after one torture session too many in June 1718.

Apart from carrying the blood of his eldest son on his hands, Peter The Great is still considered one of the greatest Russian statesmen of all time. His adoption of European societal ways was the advent of the first modernisation of Russia that encouraged its people to elevate themselves through education to a platform equal to their European neighbours.

He wrote and orated some memorable speeches with deep meaning for his people, he was also good for a one liner so this is my compilation of 16 of the best Peter The Great quotes.

Quotes About Peter The Great

The author Colin Wilson said this of him: "The history of the Romanovs is an Elizabethan tragedy that lasts for three centuries. Its keynote is cruelty, a barbaric, pointless kind of cruelty that has always been common in the East, but that came to Europe only recently, in the time of Hitler"

The author Gary Marker spoke of Peter's propaganda machine: "The emperor would take over printing, expand it, and use it to circulate whatever useful information he wanted, to whomever he wanted, in whatever quantities he wanted, and on whatever terms he chose"

The historian Mark Raeff recognised his influence: "Without the impetus of Peter, Russian society would not have reached the high level of culture and enlightenment, and power it enjoyed under Catherine II"

The French philosopher Saint-Simon made this observation: "This was a monarch who compelled admiration for his extreme curiosity about everything that had any bearing on his views of government, commerce, education, police methods, etc. his interests embraced each detail capable of practical application and disdained nothing" 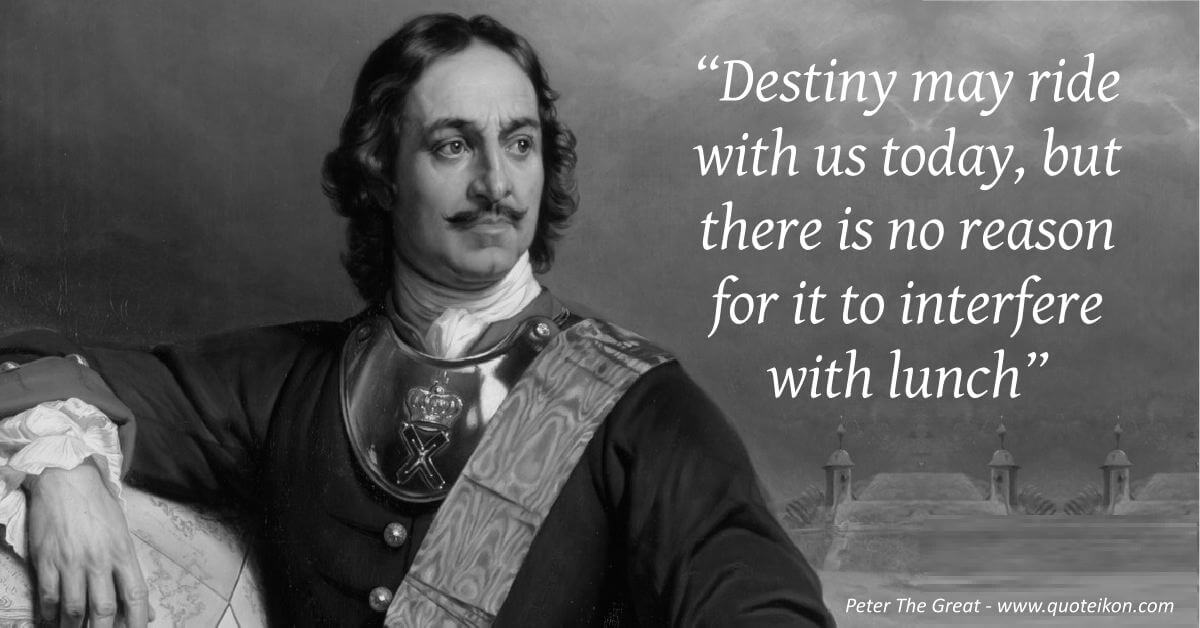