Patrick Lichfield was the quintessential society photographer who the rich and famous turned to during his career that spanned 40 years.

His affable character as the charming globetrotting snapper saw him equally comfortable with rock stars, models and sporting icons as he was with royalty.

He cut a dashing figure around the fashionable haunts of London town as he captured some of the iconic moments of the swinging sixties through his lense.

He gave gossip columnists of his era ample column inches so it was not too difficult a task to find some good one liners from him. So this is my list of 17 of the best Patrick Lichfield quotes.

The model and actress Britt Ekland described him thus: "Lord Lichfield was a wonderful photographer"

Former British Prime Minister Margaret Thatcher paid him a high tribute: "Patrick Lichfield was not only one of the most talented and professional of photographers, he was also an absolute delight to sit for. Always courteous and considerate, he had a rare skill"

The novelist Jilly Cooper was impressed to say: "He was just a gorgeous man, lovely and intensely glamorous. He was charming and very kind to the models. He had an ability to pick out something in people, including those who are non-beauties, and make us look wonderful" 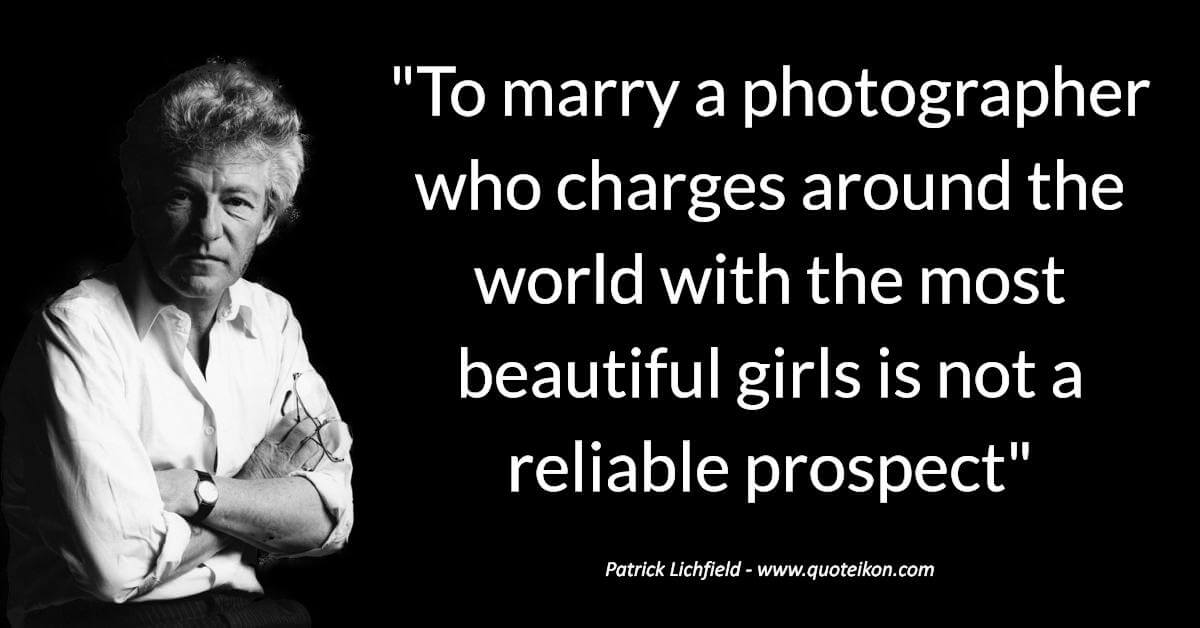