His education was guiding the young Hammerstein to a career in law but the draw of the bright lights of Broadway was in his blood and he dismissed the bar in favour of the stage and began a theatre apprenticeship. It didn't take long before his writing was noticed and he was teaming up with successful composers including his most successful collaboration with Richard Rodgers.

Their first big success was Oklahoma but many more masterpieces were to follow such as Carousel, The King and I, South Pacific and The Sound Of Music. Indeed the song Edelweiss written for The Sound Of Music was to be the last song he created before his untimely death in 1960.

Other famous composers he worked with included Jerome Kern and Kern together with Hammerstein and Rodgers are often credited with firmly establishing the musical as an enhanced way of enhancing the plot and deepening the characters persona rather than adding songs for mere decorative purposes.

Undoubtedly one of the theatre greats of the 20th century when he uttered his philosophical tones they had great meaning within the industry and people listened. He was good for a one liner too, so this is my compilation of 15 of the best Oscar Hammerstein II quotes

He mentored the composer Stephen Sondheim who paid him this tribute: "His work tended to make people think of him as an unsophisticated, platitudinous hick, when in fact he was a highly intelligent, strongly principled, and philosophical man"

The composer Richard Rodgers spoke of his work ethic and source of inspiration: "He's a meticulously hard worker and yet he'll roam the grass of his farm for hours and sometimes for days before he can bring himself to put a word on paper" 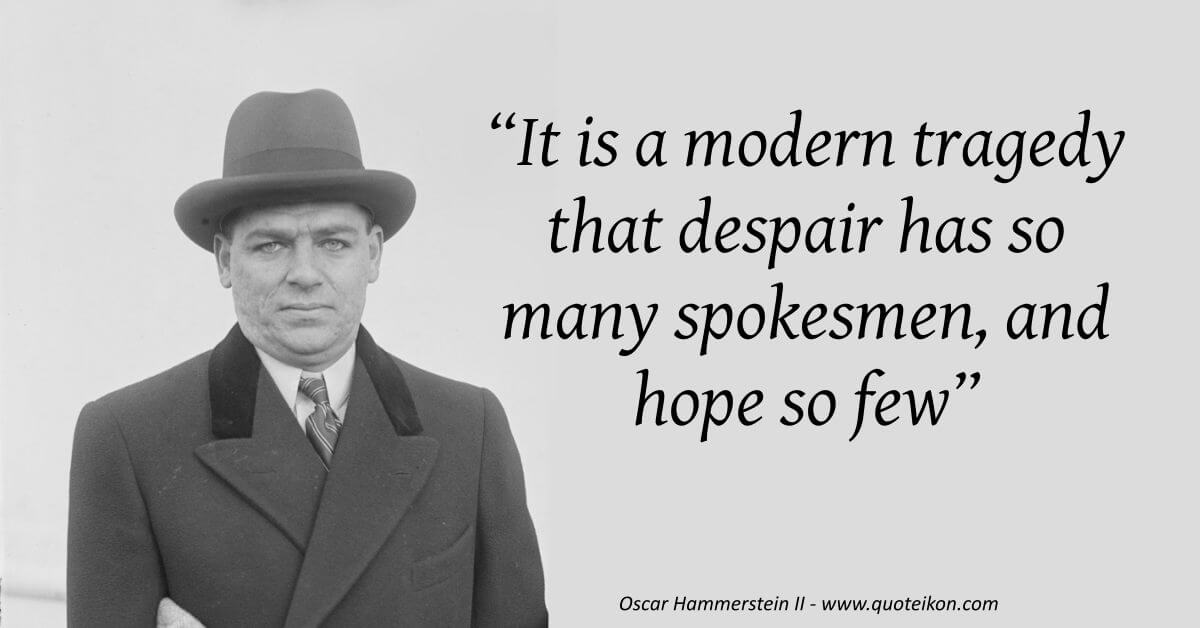