If you take a peek at Orlando Bloom's filmography it is a mightily impressive list for someone still relatively young enough to be classed as a teen heartthrob.

With blockbusters such as the Lord Of The Rings trilogy, Pirates Of The Caribbean quadruplex and Troy to name drop but a few, he has a movie CV that 90% of Hollywood would give their right arm for.

Being such a handsome man whose photogenic good looks have obviously helped, but, if it were good looks alone that Hollywood demanded then these guys would number into legions.

Credit where it's due Mr Bloom certainly can act and he has already proved himself in a variety of roles to be considered very good box office.

He is a modest man which also makes him more agreeable to be in the spotlight and it's looking like his career could keep going for the next 20+ years also. So I say good luck to him and I leave you with my compilation of 15 of the best Orlando Bloom quotes.

The actor Johnny Depp gave him some great advice: "Don't go for the money. Follow your heart, Orlando"

The director Cameron Crowe shared his reasoning for casting Bloom for the movie 2005 "Elizabethtown": "For me he was the guy who had the most soul, which you could see in his face and his eyes. He had generosity of spirit and I rooted for him. He's a good guy and it comes through"

The singer Katy Perry made this comment after her 2019 engagement to Orlando: "We're really doing the hard work and laying a beautiful foundation before we start to build a massive house...figuratively, emotionally, you know" 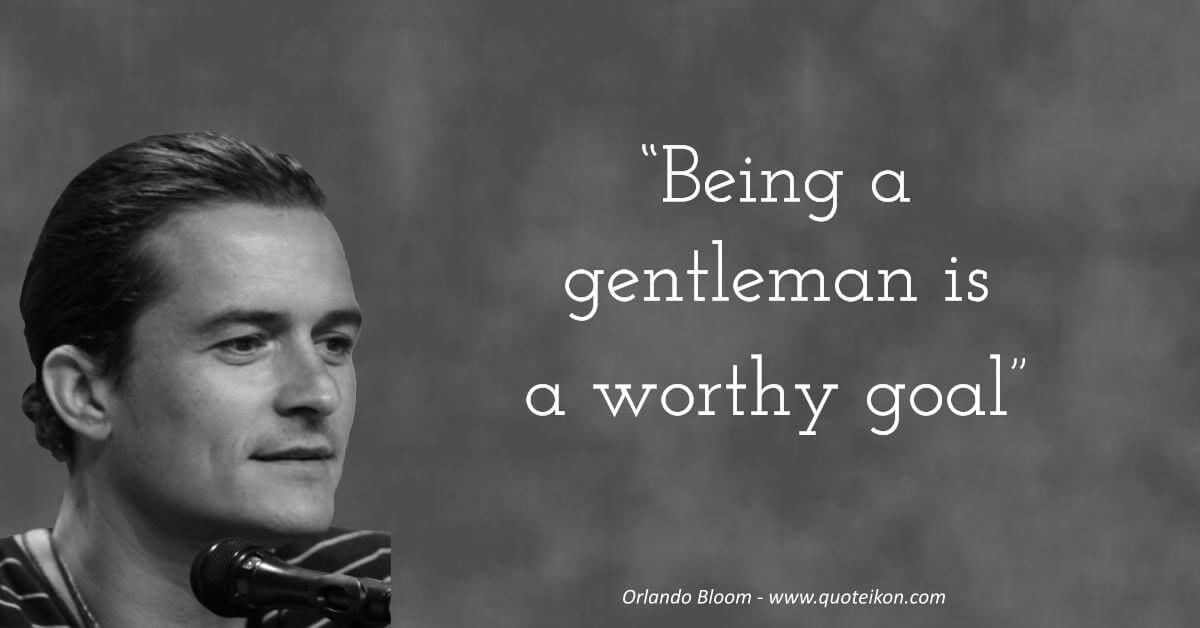