Omar Sharif was born into a mercantile family in Alexandria, Egypt in 1932, although christened as Michel Demitri Shalhoub and raised as a roman catholic he converted to islam to marry his wife actress Faten Hamama. Upon marriage he renamed himself as Omar Al-Sharif.

After honing his acting skills in Egyptian movies he got his first big break after being cast as Sherif Ali in Lawrence of Arabia, this led to international stardom and he was later to star in Dr Zhivago among countless other Hollywood movies.

Sharif was also an avid bridge player and he went on to be recognised around the world as much for his bridge skills as his acting prowess.

During his distinguished acting career he was known for his compelling good looks and his suave elegance so it was most interesting researching and selecting my compilation of 19 of the best Omar Sharif quotes.

When the director David Lean first met Omar he simply said: "I want an Arab person to play this Laurence of Arabia thing. I want a real Arab who speaks English"

Barbra Streisand paid him a glowing tribute: "Omar was my first leading man in the movies. He was handsome, sophisticated and charming. He was a proud Egyptian and in some people’s eyes, the idea of casting him in ‘Funny Girl’ was considered controversial. Yet somehow, under the direction of William Wyler, the romantic chemistry between Nicky Arnstein and Fanny Brice transcended stereotypes and prejudice. I feel lucky to have had the opportunity to work with Omar"

The Egyptian actress Yousra was impressed to say: "He was a phenomena; a one of a kind. Everyone had a dream to be like Omar Sharif" 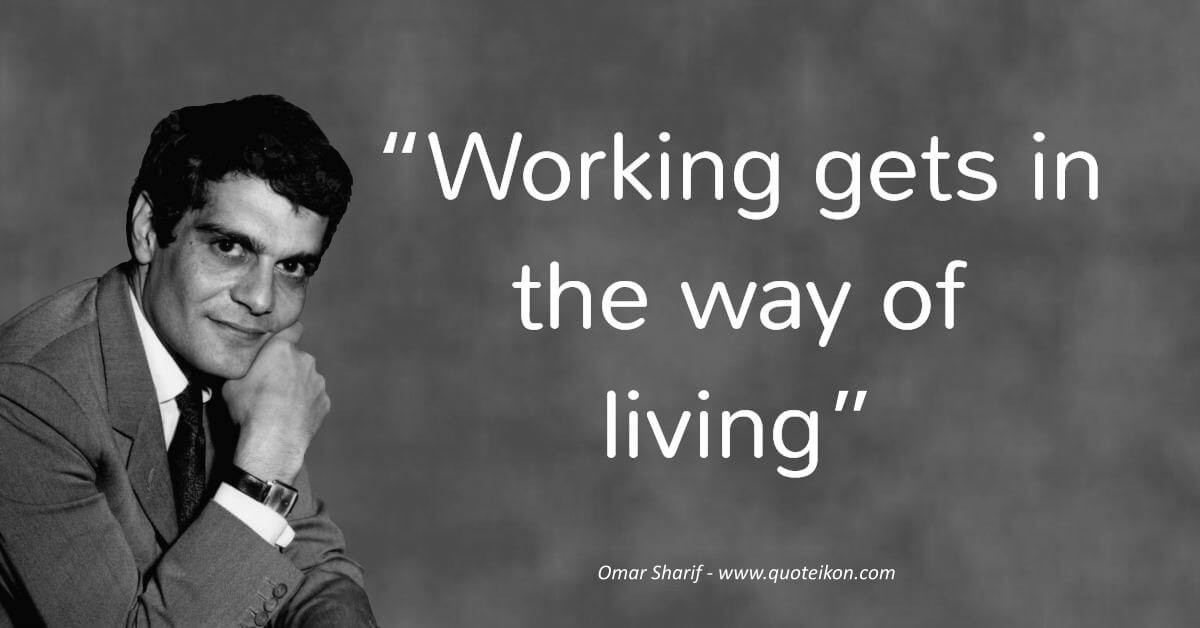