Oliver Reed was a natural actor who never had any training and never once took to the stage to work in theatre. He was purely a film actor who brought menace to the screen and his animal magnetism soon elevated him to become the top earning British actor of the late 60's and early 70's.

Albert R. Broccoli once revealed that Reed would have become Sean Connery's replacement as James Bond if his off screen bad boy reputation had not preceded him. All his years of raising hell cost him many a leading Hollywood role and in what proved to be his final movie, Gladiator, he got the part on the promise of him being sober throughout the shoot.

However it was not to be and during a break from filming he was coerced into a drinking and arm wrestling competition in an Irish bar in Malta whereby he suffered a fatal heart attack and collapsed and died.

He was a colourful character to say the least and talk shows used to invite him on and ply him with alcohol to spice up the show which resulted in lines like "Look, I'll put my plonker on the table if you don't give me a plate of mushy peas", that line was enough for the U.K. station Channel 4 to pull the plug on their After Dark talk show.

There were many more great one liners so this is my compilation of 18 of the best Oliver Reed quotes.

The director Ken Russell was impressed by his character: "He struck me as vivacious, cheeky and not run-of-the-mill. He came to see me and looked terrific. I remember him being very moody and glowering. I liked his spirit - everyone else seemed to fade into insignificance"

The actor Russell Crowe was not over enamoured by him: "I never got on with Ollie. He has visited me in dreams and asked me to talk kindly of him. So I should... but we never had a pleasant conversation"

The director Ridley Scott described his vibe: "Oliver was what I'd call a "charming scoundrel." He was a wonderful actor, incredibly intense"

Michael Winner summed him up thus: "I absolutely loved Oliver. He was the kindest, the quietest, and gentlest man in the world, and the most polite and well behaved, except when he had a drink.... Utterly professional on set–in the evening a disaster" 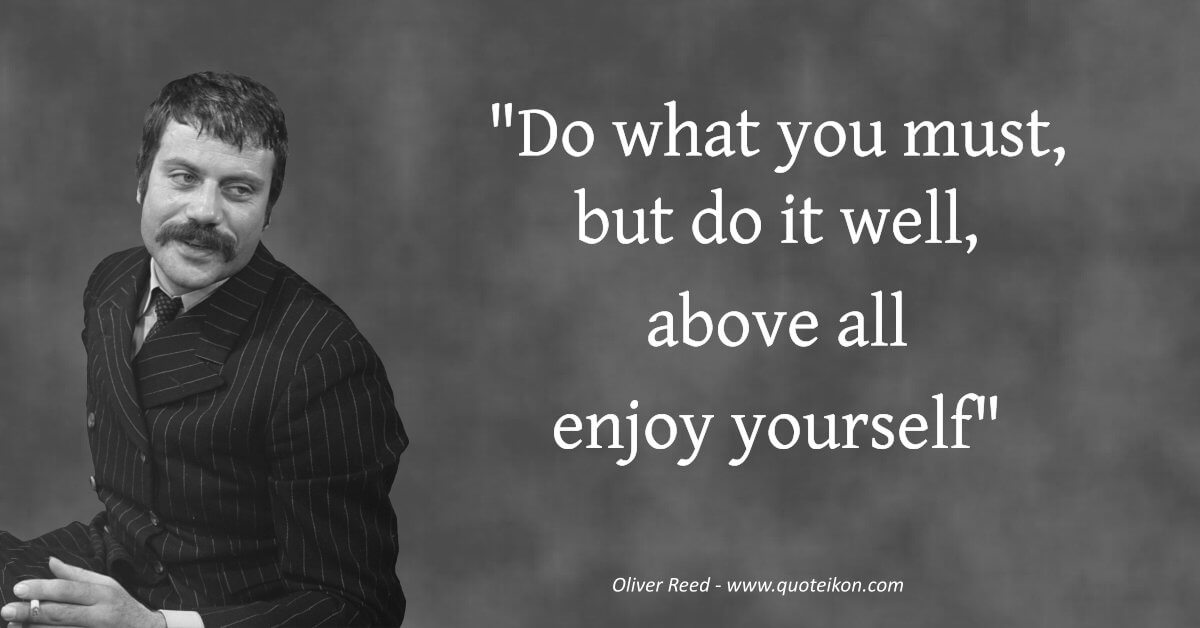