Nicholas Murray Butler was a Columbia University stalwart gaining his undergraduate, graduate and doctoral degrees in philosophy at the university where he was to join first as an assistant and then work his way to the top post by becoming its president where he remained for 43 years.

During his tenure he doubled the size of the campus and made Columbia into one of the leading universities in North America. Away from academia Butler was an active president of the Carnegie Endowment for International Peace where he served for 20 years in a role that led him to being awarded the 1931 Nobel Peace Prize most notably for his work on getting 31 countries to sign the Pact Of Paris which was a treaty for the renunciation of war as an instrument to resolve international disputes.

He was a close friend to President Theodore Roosevelt and was called upon to share his wisdom on Capitol Hill on numerous occasions. He was without doubt a leading light who helped shape the 20th century because when wise men and philosophers speak even those in power are prepared to listen as their words carry great depth of meaning.

University archivist Milton Halsey Thomas believed he had stayed too long as he wrote in 1937 that Butler: "should have resigned as president some time ago, but he can't realise his usefullness is over"

Theodore Roosevelt made this remark at a 1942 dinner celebrating his fortieth year as president of Columbia: "Butler was more royal than the royals" 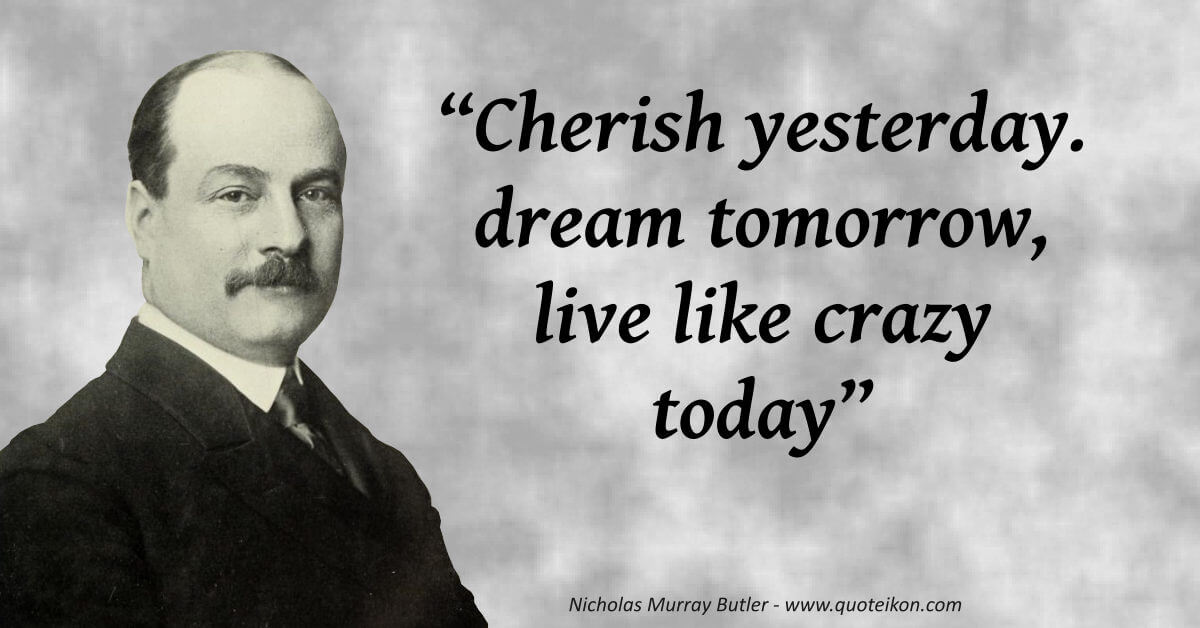