Nancy Wilson has been rocking her way through the charts for in excess of 40 years. She was born in San Francisco the youngest of three sisters with Ann the eldest being the other mainstay of the rock band Heart which they formed in the early 1970's.

Fourteen studio albums and numerous tours later Heart broke up in 2016 when an altercation between Ann's husband and Nancy's children proved too much for the sisters to bare. Nancy then formed a new band in 2017 called Roadcase Royale with Liv Warfield playing lead vocalist.

Time is the greatest of healers and in 2019 the Wilson sisters announced to the world the band were getting back together again, maybe the lure of rock and roll was too much for both to forego for too long.

With countless interviews to her name including many appearances on the front of Rolling Stone magazine it was fun research to find my list of 15 of the best Nancy Wilson quotes.

Her sister Ann Wilson talked about the bands reunion: "Both Nancy and I have stretched our wings in life these last three years. We’ve both lived and loved. We have breathed and traveled and experienced life"

Ann Wilson went on to say: "We come back to Heart with lots of freshness"

Sheryl Crow paid a tribute during the 2019 reunion tour: "Without the Wilson Sisters I probably wouldn’t be here doing what I’m doing" 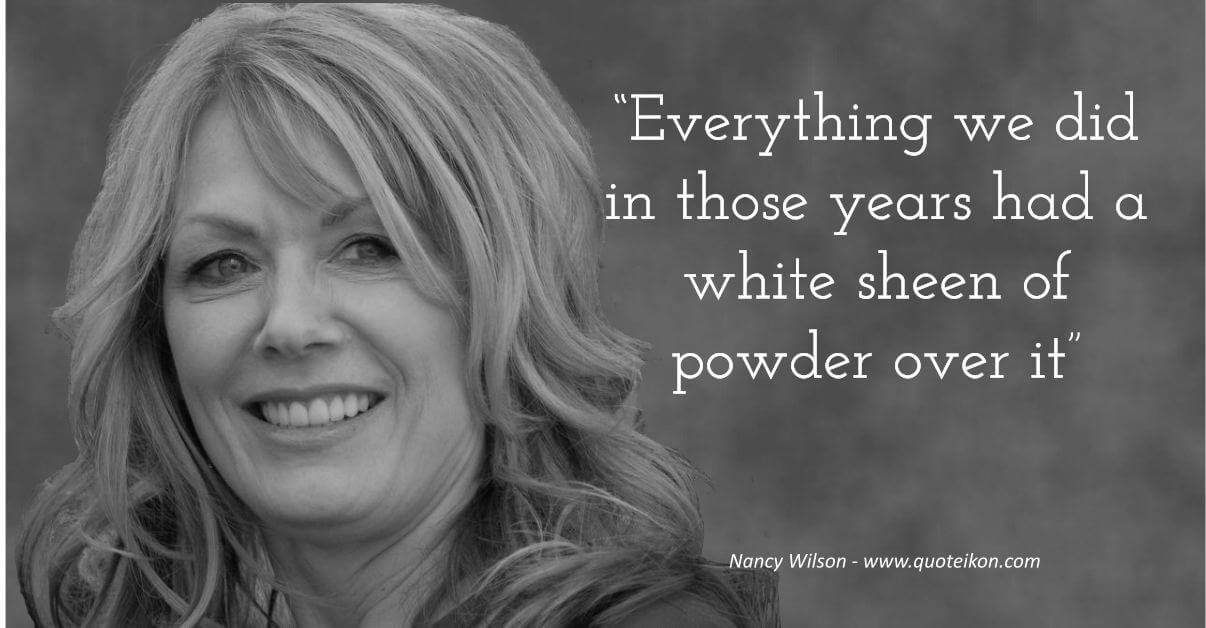