Matthew Calbraith Perry was born into a Rhode Island naval family and his first naval posting was under the close eye of his elder brother Oliver Hazard Perry who was captain of USS Revenge.

Matthew Perry served on many U.S. naval vessels and was a battle hardened veteran of numerous wars and conflicts. His first command was on the USS Shark where he literally had to claim Key West (now part of Florida) and he himself was the first to plant the American flag on its soil.

In between battles Perry was trusted by the president to embark on gunboat diplomatic missions included one to Japan where he proceeded to intimidate the Japanese to open trade with the U.S. He was not only remarkable for his escapades on the high seas but also his campaigning to modernise the U.S. navy including promoting the virtues of the steamboat.

He led an colourful naval life which made it interesting researching and compiling my list of 16 of the best Matthew Calbraith Perry quotes.

U.S. President Millard Fillmore wrote in a letter to the Emperor Of Japan: "I send you this public letter by Commodore Matthew C. Perry, an officer of the highest rank in the navy of the United States, and commander of the squadron now visiting Your imperial majesty's dominions. I have directed Commodore Perry to assure your imperial majesty that I entertain the kindest feelings toward your majesty's person and government, and that I have no other object in sending him to Japan but to propose to your imperial majesty that the United States and Japan should live in friendship and have commercial intercourse with each other" 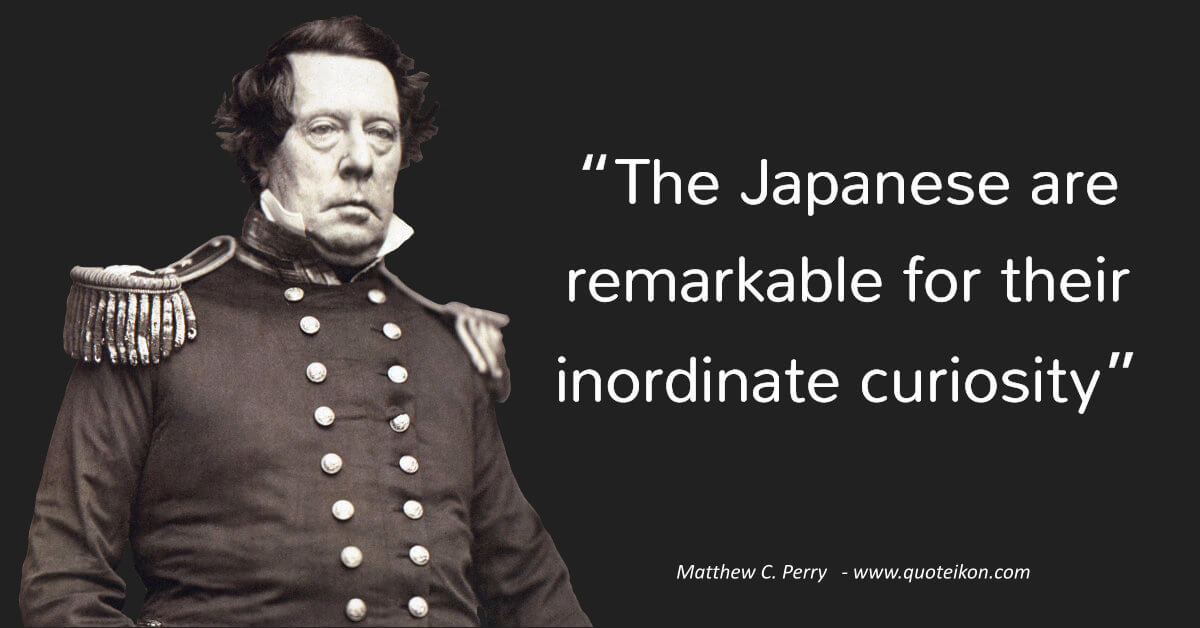