Martin Sheen is the award winning actor born in Dayton Ohio to Irish and Spanish immigrant parents granting him citizenship to all three countries. As famous and successful as Martin is he does not dominate the limelight in a thespian family dynasty where all of his four children have became successful actors in their own rights.

Martin defied all the odds to attain his great success after he was handicapped at birth by a forceps mishap that crushed his left arm rendering him with limited lateral movement and one arm shorter than the other.

He flunked his college entrance exam for the University of Dayton so he could pursue his passion for acting and he worked his way up one role at a time until through sheer dedication and talent he was rewarded with being cast in hit movies such as Badlands (1973), Apocalypse Now (1979) and Wall Street (1987).

On the small screen he was smashing it in the role of President Josiah Bartlet in The West Wing which ran from 1999 to 2006 and saw him deservedly win a Golden Globe for his performance. Off screen he has been a devoted family man and is a passionate activist which has seen him brush up the wrong side of the law on many occasions.

With his jovial presence and sharp witted humour he was always good for a one liner also, so this is my compilation of 15 of the best Martin Sheen quotes

Nicholas Cage said his words had a lasting effect on him: "He told me the only thing that matters with film making is if you like where you were and who you were working with"

Actor Dule Hill spoke of their thespian camaraderie: "One of the first things Martin did was he showed me a handshake that Laurence Fishburne taught him during Apocalypse Now. We still do it to this day" 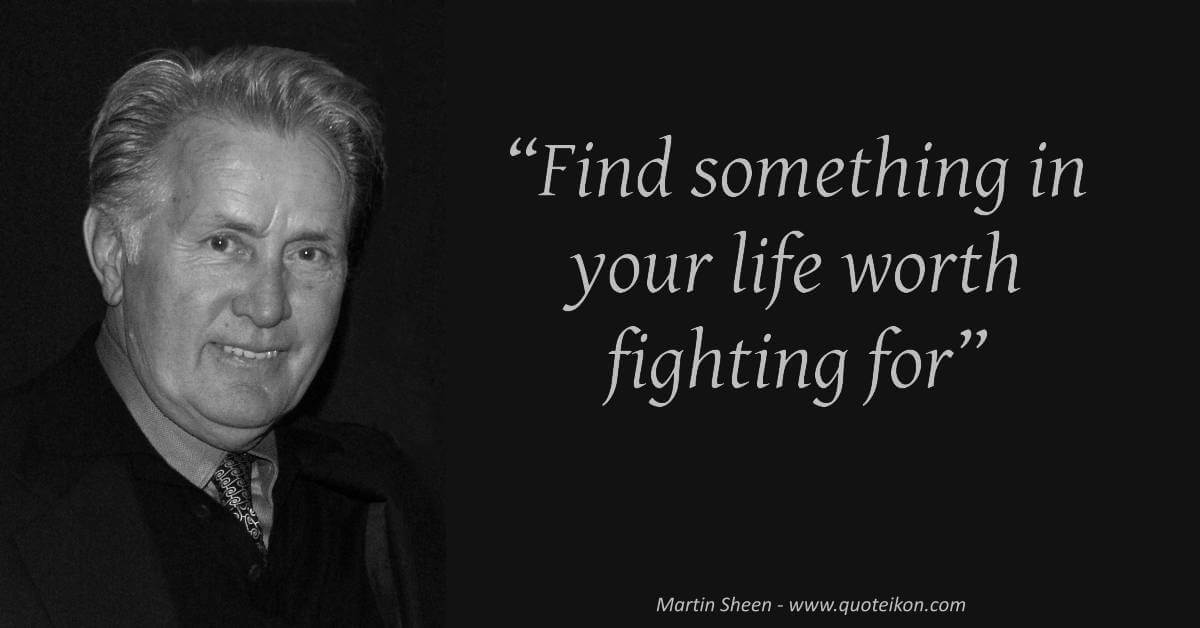