From a young age Marian Wright Edelman was taught the importance of helping others and it is a discipline that has become her gift to world as she has devoted her whole life to the service of others.

The 1960's civil rights movement inspired her to become a lawyer and Edelman was the first African American woman to be admitted to the bar association of the U.S. state of Mississippi as she thought she needed that skillset so she could make more of a difference in improving government policies for the betterment of the people.

In 1967 Edelman was instrumental in helping to set up a Robert Kennedy tour of the Mississippi slums and in doing so she also met her husband to be Peter Edelman who was working as an assistant to Kennedy.

Edelman's experiences led to her founding the CDF in 1973 and she has now served nearly half a century as its president and founder where her presence has been felt all the way up on Capitol Hill as she has affected the course of childrens lives with her influence on foster care policy.

She has launched many campaigns such as "Leave No Child Behind" in 1992 and the "Stand For Children" campaign that attracted 200,000 people to a march in support of childrens rights. The greatest gifts you can give are your time and energy and such is the impact Marian Wright Edelman's lifetime of devotion to the service of others her words take on a great meaning and politicians sit up and listen.

Hilary Clinton paid a great tribute to her contribution to society: "I have been inspired by Marian Wright Edelman since I first met her in 1969. She has spent her life as a crusading legal activist devoted to children, service and social justice. Watching and working with her is one of the greatest gifts anyone has ever given me"

The director of the Equal Justice Initiative Bryan Stevenson was inspired to say: "Over the last half-century, no one has done more to help the most vulnerable children in America than Marian Wright Edelman.... Her leadership and tenure at the Children’s Defense Fund has created rights and services that have aided millions of families. We owe her an enormous debt"

The diplomat Carl Rowan speculated in 1993: "Don't count out Marian Wright Edelman, because there is talk that President Clinton may want to shock the nation by putting a real black on the Supreme Court" 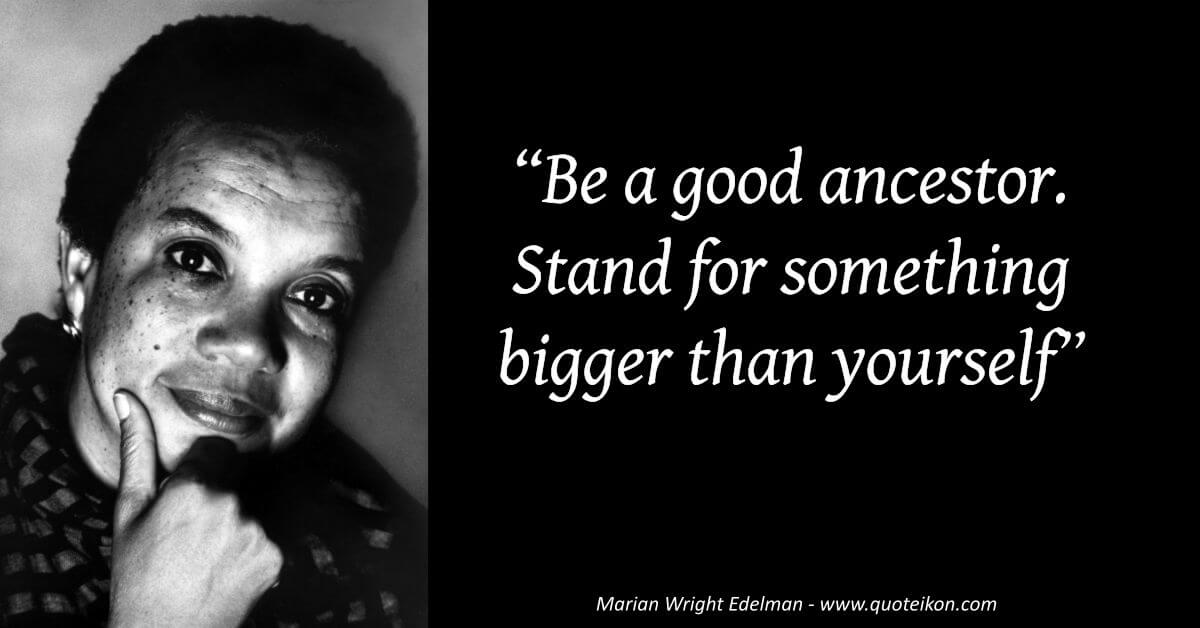