Lucille Clifton first discovered her fondness of writing poetry in the 1950's and she cultivated a minimalist poetic style that focused on the essential. Her style was so minimalist that she viewed capitalisation and punctuation as unnecessary clutter that draw focus from the shaping of the subliminal message.

Verbosity was viewed as a saboteur to the flow of direct understanding, indeed this could be summed up as poetry of the principal. Clifton was an award winning poet who served as poet laureate for Maryland from 1974 until 1985, she also took up distinguished educational roles at The University of California and St. Mary's College of Maryland.

Well respected by her peers as a poet of substance she lives on in her words as new generations come to understand the importance of the 'less is more' mode of writing.

Lucille was born with a genetic trait known as polydactyly whereby she had an extra finger on each hand. The extra fingers were surgically removed at a young age leaving her with the feeling of ghost fingers as the ulnar or median nerves still provided the sensory stimulus of existence to the amputated digits

She was the first person to have two separate books nominated for a Pulitzer prize in the same year and people look for meaning in the words of great poets and writers who also know how to deliver a great one liner, so here is my compilation of 12 of the best Lucille Clifton quotes

The American poet Rita Dove was impressed to say: "Lucille Clifton’s poems are compact and self-sufficient...Her revelations then resemble the epiphanies of childhood and early adolescence, when one’s lack of preconceptions about the self allowed for brilliant slippage into the metaphysical, a glimpse into an egoless, utterly thingful and serene world"

Robin Becker described the depth of transience to her meaning: "Clifton’s poetics of understatement - no capitalization, few strong stresses per line, many poems totaling fewer than twenty lines, the sharp rhetorical question - includes the essential only"

The poet Elizabeth Alexander summed her style up thus: "That pure distillation is one of the remarkable technical accomplishments of the work. She wrote physically small poems with enormous and profound inner worlds" 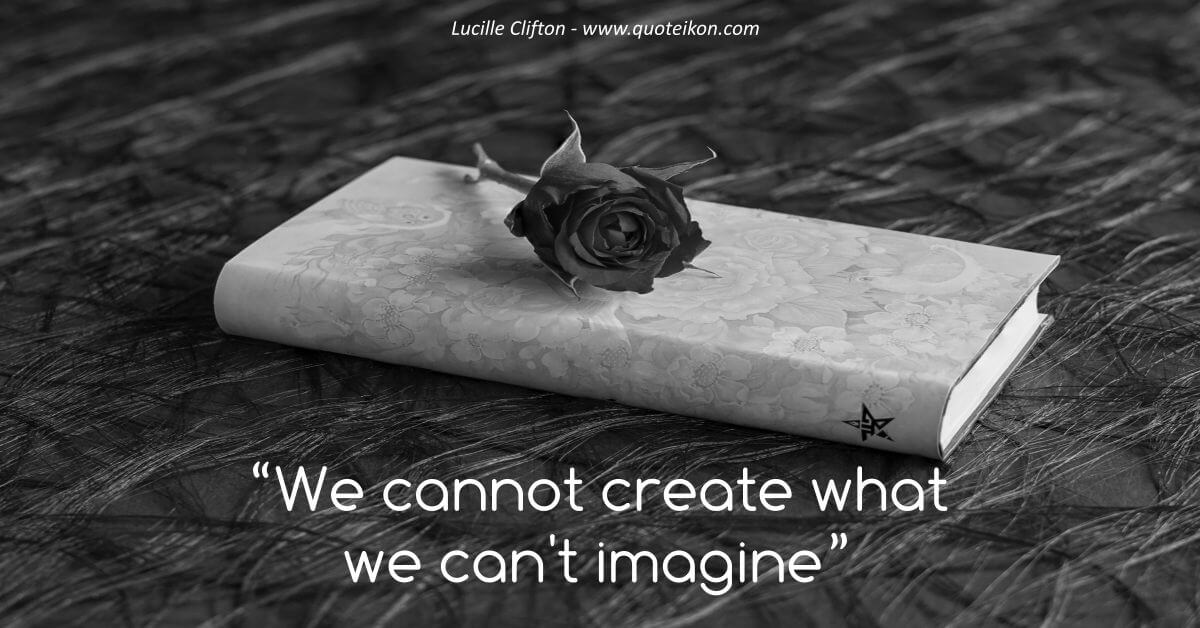