Knute Rockne rose from obscurity to become one of the most legendary coaches in the history of American football. Rockne was born in Voss Norway in 1888 and his family emigrated to the U.S. when he was only four years old so his formative years were immersed in American culture which was to inspire him to great things on the college football field.

As a young adult he worked briefly at the Chicago post office until he saved up enough money to enrol into Notre Dame university in Indiana. It was here he got the opportunity to play football and his prowess and innovative ideas were soon to reap rewards for the college team whose moniker was appropriately styled as the 'Fighting Irish' coined after their roots as a Catholic research university.

Rockne first became famous as an exponent of the forward pass for the precision throws and catches he and quarterback Charlie "Gus" Dorais had mastered. Although he was not the first to use this technique he was the person credited with popularising it.

After a successful career on the football pitch Rockne went on to be an even more successful coach for Notre Dame with an unsurpassed record in college football of 105 victories while suffering just 12 losses during his 13 years in charge. In 1928 when up against a strong Army team at West Point Rockne uttered his now infamous 'win one for the Gipper" speech in a half time team talk that went down in folk lore as one of the greatest motivational speeches to a sports team in history.

The 1940 biographical movie 'Knute Rockne, All American' that tells the story of his rise to campus immortality on the playing fields of Notre Dame university.

Legendary status is never given easily but Knute Rockne earned his stripes with a record that stands second to none that included going 5 seasons undefeated in all competitions. He was known for his charismatic speeches that brought the best out of even the most ordinary of players, he had that knack of knowing what to say and how to deliver it with great effect. Great coaches give personal meaning to their inspirational words so here is my compilation of 13 of the best Knute Rockne quotes.

The last words said to Knute Rockne by American footballer George Gipp: "I've got to go, Rock. It's all right. I'm not afraid. Some time, Rock, sometime when the team is up against it and the breaks are beating the boys, tell them to go out there with all they've got and win just one for the Gipper. I don't know where I'll be then, Rock, but I'll know about it and I'll be happy" 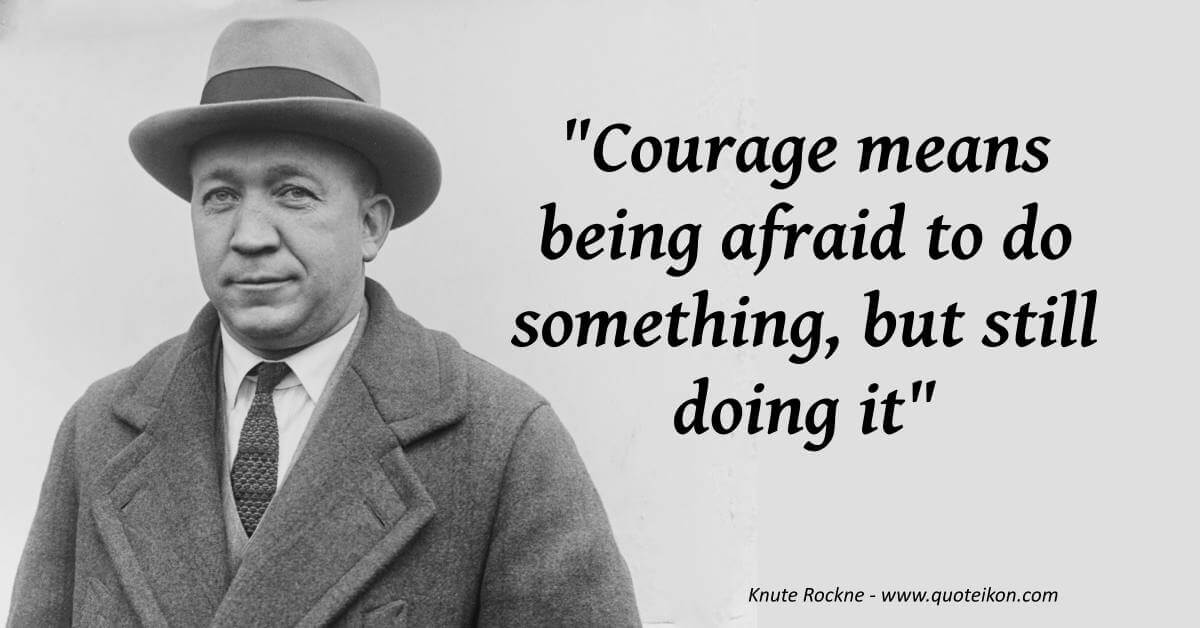