Kelly Monaco grew up with the dream of making it in Hollywood and after an initial job working as a life guard she used this experience to her advantage as she was hired for some minor roles on Baywatch in the late 1990's.

In 1997 Kelly ventured into modelling as she made her Playboy debut as playmate of the month for April, later in her modelling career she also graced to front page of Maxim magazine in 2009 and was voted sexiest cover model of the decade.

In 1999 she bagged the role of Livvie Locke on the TV series "Port Charles' which lasted for four years until 2003 when she was then cast for the role of Sam McCall in the longest running soap opera in ABC television history "General Hospital".

Monaco became the inaugural winner of "Dancing With The Stars" when she scooped the award with her professional dance partner Alec Mazo in 2005.

When Dancing With The Stars was in its 15th season Kelly made a comeback with new partner Valentin Chmerkovskiy, but it was not to be as they had to settle for third place. With stunning beauty to match her fleet footed grace she also was also good for a quick quip, so this is my compilation of 10 of the best Kelly Monaco quotes

Professional dancer Val Chmerkovskiy appreciated her advice: "She broke me into the mainstream. She was my breakout season of Dancing with the Stars. Kelly taught me a lot.... She always told me to, “Know your audience” and to know who you are talking to and you will always know the right thing to say" 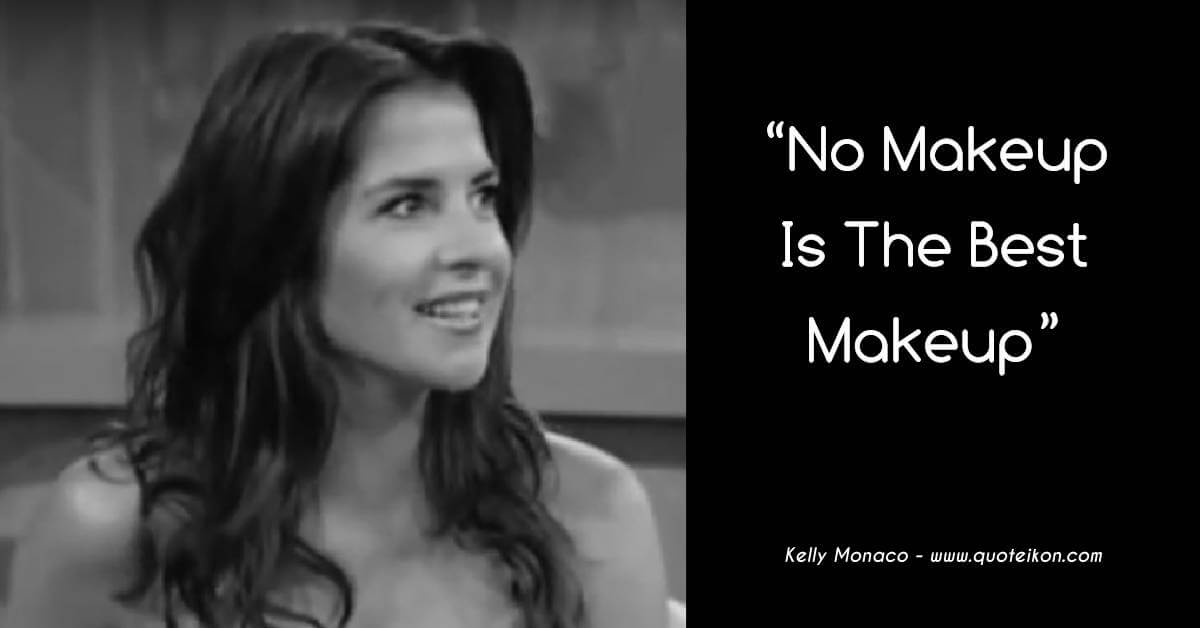