Katherine Dunham was a trail blazing dancer and choreographer who had one of the most successful dance careers of the twentieth century.

For thirty years she owned and maintained the Katherine Dunham dance company which was the only self supporting Afro-American dance group during that era.

Her dance troupe that was founded in the late 1930's performed in more than 50 countries spanning six continents and all this at a time of heightened racial discrimination makes her achievements all the more remarkable. The height of her career was during the 1940's and 1950's where both her dance group and her choreography skills were in high demand from Broadway to Hollywood.

Dunham shared her knowledge and dance technique through the Katherine Dunham school of dance that first opened in 1945. Her teaching method became known as the Dunham Technique and it has been adopted in dance schools across the globe.

She was also an accomplished author who penned many books including Dances of Haiti (1983), Island Possessed (1969) and Touch Of Innocence (1959). Choreographers tend to let their moves do the talking however she was not shy when it came to one liners so here is my compilation of 16 of the best Katherine Dunham quotes.

The choreographer Talley Beatty reminisced about Dunham's West 43rd St studio: "That was a great period. The Strasbergs taught there and Marlon Brando - everybody went. It was just the thing to do. I taught there whenever I wasn't touring"

One of the four original Dunham dancers, Lucille Ellis talked of her professionalism: "Sometimes rehearsals would go on until two or three o'clock in the morning. If dancers didn't listen to her message, they would be lost when they started to perform, since she had explained in depth what she wanted them to perform"

Eartha Kitt remembered their overseas performances: "For six months the Prince of Wales Theatre was the centre and the joy of the London theatre district. Ours was the most exciting show to hit London since the war. London still grieved from that horror. I could see and feel her wounds"

A critic for the London Observer described their show: "Her bare-footed company made classical dancers look like waxworks figures ... the impact of her company's visit is comparable to the arrival in Paris of Diaghileff's ballet in the year 1908"

The art historian Bernard Berenson was impressed to say: "Katherine Dunham talked with a cultivated accent and vocabulary and revealed an unusually sublte but rational personality, completely free of mannerisms of any kind. She thought the best ideas come while daydreaming, ruminating, and not when searching for a bull's eye in the dark. Much else that was deeply sincere" 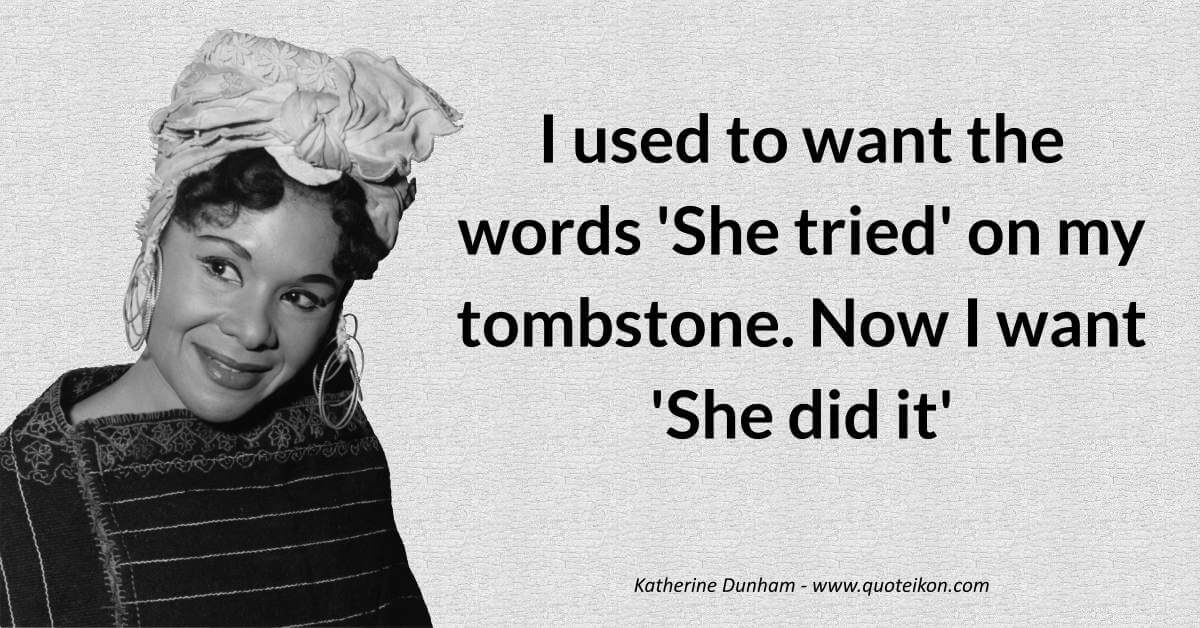