Karl Lagerfeld has been at the forefront of the cutting edge fashion industry spanning seven decades since winning first prize in a 1954 design competition that earned him his first job for Pierre Balmain.

Vogue magazine have been quoted as describing Lagerfeld as the "unparalleled interpreter of the mood of the moment" such was their high impression of his vision. He has often courted controversy with his comments and he enraged a spokesperson for PETA who responded by calling him "a fashion dinosaur who is as out of step as his furs are out of style".

His longevity in an industry notorious for change merely illustrated his creative streak was dynamically in tune with the pulse of each generation as his influence was evident in wardrobes and closets across the globe.

Talented people always make great one liners and when they are at the top of their profession people tend to hang off every word for its meaning. So here is my compilation of 20 of the best Karl Lagerfeld quotes

The designer Fernando Sanchez talked his ability to change within the fashion industry: “He totally grasped the epoch. He knew he wanted to do his own thing and not in some old couture house"

The founder of the brand Diesel Renzo Rosso: "I am honored to have met this fashion icon of our time. Karl represents creativity, tradition and challenge, and the fact that he thought of Diesel for this collaboration is a great gift and acknowledgement of our reputation as the prêt-à-porter of casual wear" 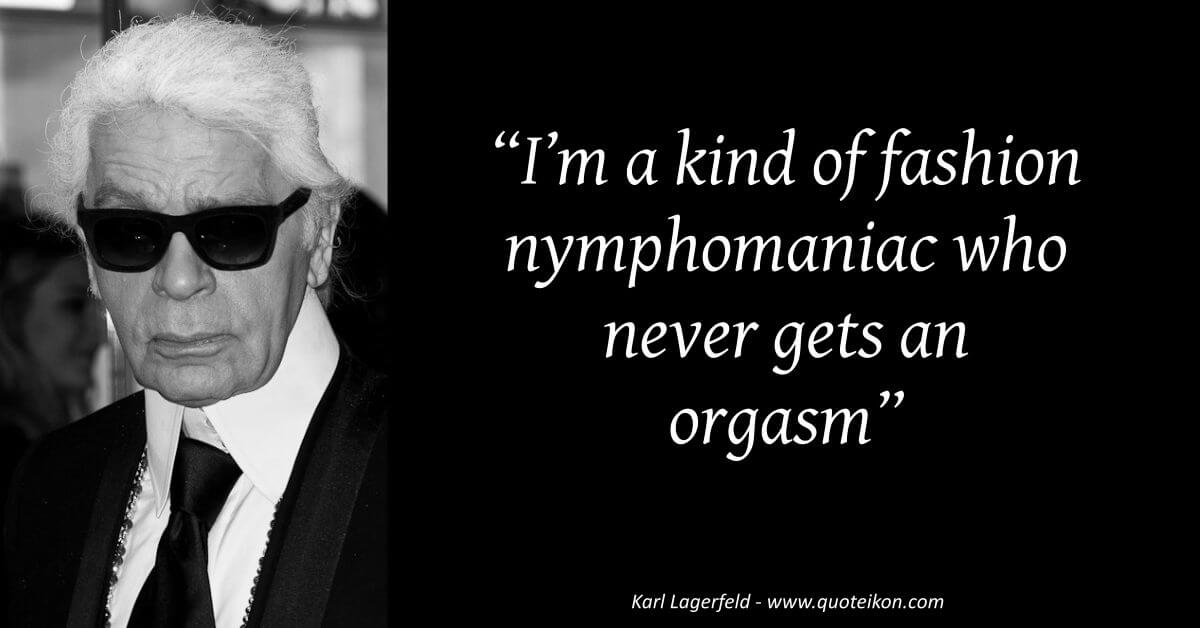