Jason Miller was an award winning playwright who shot to fame in the early 1970's for his brilliant portrayal of the priest Father Damien Karras in the horror movie The Exorcist.

His love for theatre was never far from his mind and he wrote and starred in many plays throughout his career which included working as artistic director with the Scranton Public Theatre (Scranton was his home town).

1973 was a good year for him as apart from his role in The Exorcist that made headlines around the world, he also received 2 awards for his play "That Championship Season", the first was a much coveted Pulitzer Prize and the second was the Tony Award for author of best play.

He is also part of a unique group of eight actors that have had an Oscar nomination for playing a priest which Jason Miller excelled at in his doggedly determined role in The Exorcist.

He was an inspired writer and some of his one liners were also very thought provoking so it was a joy creating my compilation of 14 of the best Jason Miller quotes, I hope you enjoy them.

The critic Clive Barnes was complimentary in his words: "Mr. Miller has a perfect ear and instinct for the rough and tumble profanity of locker room humour. The coarsely elegant gibes go along with Mr. Millers indictment of a society, which opens with an iconic playing of the national anthem and then lacerates the sickness of small-town America full of bigotry, double dealing, racism and hate"

The author Edwin Bronner in describing his Pulitzer Prize winning play was impressed to call it a: "Searing examination of the competitive aspect of the American success story, and the wounds it can inflict on those who compete" 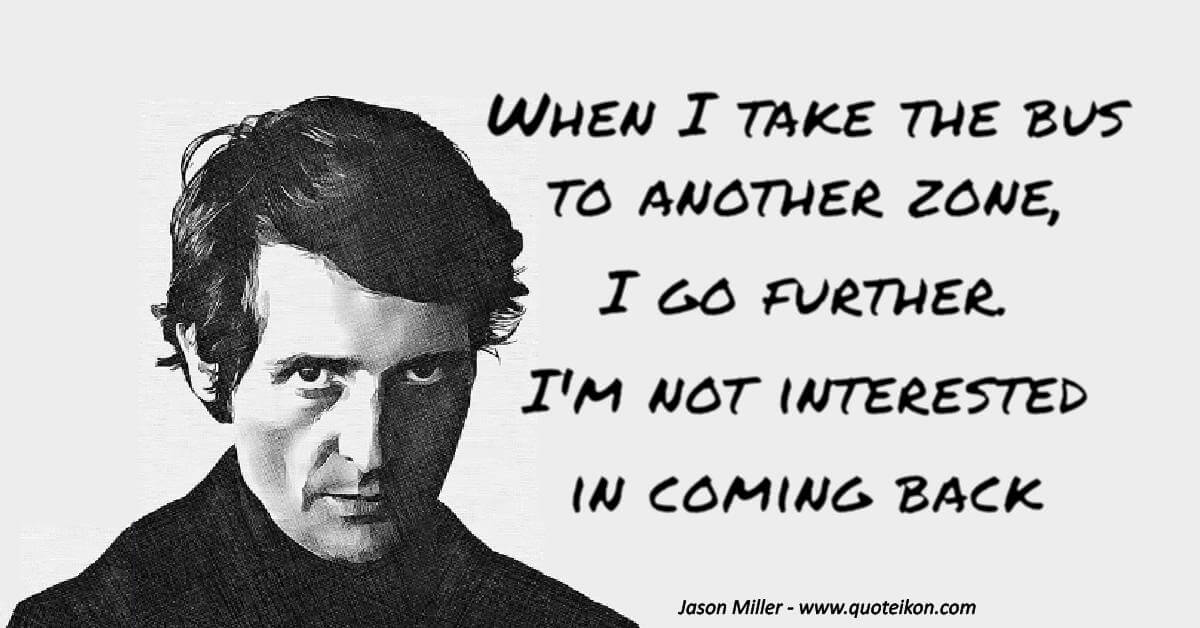