Jane Bolins life was one of groundbreaking firsts, from becoming the first African American to graduate from Yale law school to becoming the first black female judge in the U.S. she was always at the forefront of breaking down barriers.

The legal department in the office of the New York City corporation had never known an African American to work there before Jane Bolin and she was also the first to grace the New York City Bar Association, but, and this is the important part, for all her collections of firsts Jane Bolin had a stellar career in the judiciary where she set a shining example during an unblemished 40 years of dispensing a fair but strong minded justice across the multi cultural diversity of New York.

She was a social activist who was the first to assign probation officers to cases regardless of race or religion and she ensured the rights of children were upheld by adding a requirement that all publicly funded child care agencies would accept children regardless of the racial or ethnic background.

Judge Constance Baker Motley recognised her as a role model to follow: "When I thereafter met you, I then knew how a lady judge should comport herself"

Determined, she proceeded to a career in law despite her fathers well intended discouragement: "Lawyers had to deal with the most unpleasant and sometimes the grossest kind of human behavior" 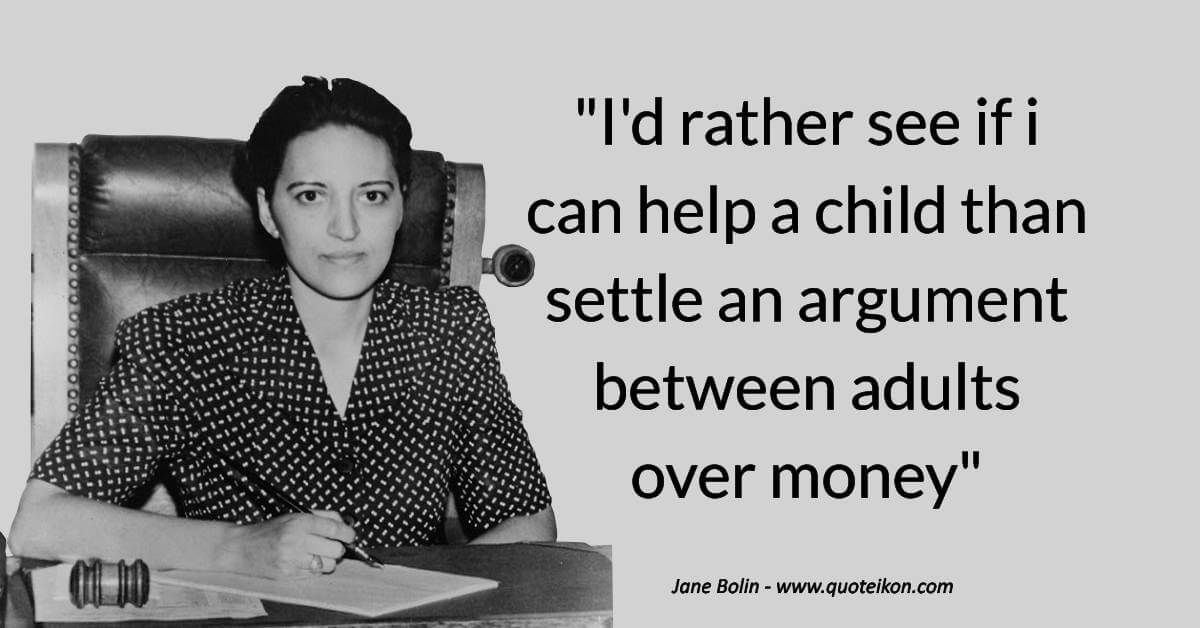