They wanted him to be the new Bruce Lee. He resisted. He chose to follow his own path of kung fu with a sense of humour. His name was Jackie Chan and he traversed the tricky terrain of introducing eastern cinema to western audiences.

Jackie Chan wanted to be his own man. He understood the risk of being typecast and adopted a strategy to avoid this yet still managed to build his name within the action movie niche. Despite appearing in some Bruce Lee movies it took some time to escape the shadow of the great man and establish his name in his own right.

Jackie could do the kung fu, but he didn't like the violent theme. His dilemma required a seismic change in cinematic perception of oriental actors. The novelist and acclaimed university of California Professor Maxine Hong Kingston once proclaimed this bold statement about the movie industry: "Nobody in history has conquered and united both North America and Asia". Jackie Chan, in a proverbial 'hold my beer moment' proved this statement wrong.

He has come a long way since his acting debut in the hectic Hong Kong martial arts movie industry of the early 1970's. In 1972 Chan played a minor role and was a stunt double in the Bruce Lee movie Fist Of Fury. In 1973 he played an uncredited role of a henchman in another Lee movie called Enter The Dragon. In the same year he got his breakthrough with the starring role in Snake Fist Fighter.

For the remainder of the 1970's the action movies rolled out of the Hong Kong studio conveyor belt starring an in-demand Jackie Chan. Towards the end of the decade the tone of movie started to change. Drunken Master was a martial arts comedy released in 1978 that was a box office smash across Asia. The name and reputation of Jackie Chan was spreading. His influence became noticeable on the streets with his shoulder length hair style becoming the in-look to adopt for Asian men.

The Jackie Chan star was rising as an all action hero. However he was not the finished article. Jackie loved the action scenes and he continually pushed the boundaries of danger with the stunts he coordinated and partook in. But how far could he take his all action persona? He took pride in doing his own stunts, his litany of broken bones was increasing and he was not getting any younger. But more important to him was his name and what he would be remembered for.

Jackie was never that comfortable with the message of movie violence. He needed a way to balance the action with the violence and found comedy deflated the aggression out of fight scenes. Making people laugh distracts from the intensity of the action narrative.

The dawn of the 1980's saw Chan make his first attempt at cracking the American cinema market. From Chan's perspective Battle Creek Brawl (1980) was a disappointment and Cannonball Run (1981), although commercially successful was slammed by the critics and left Jackie despairing at the limited scope of the Japanese character he played.

For Jackie it was back to Hong Kong and business as usual in the action comedy genre. In the mid 1980's Chan was back in Hollywood for another crack at the American market. The Protector (1985) and Amour Of God (1986) were both disappointing and Jackie felt despondent at the lack of directorial discretion to fully explore his range of movie skills.

Again it was back to Hong Kong where his box office was the barometer of success that had long afforded him carte blanche creative licence for his movie-making.

Jackie Chan was hard working and determined. He was back Stateside in 1995 for Rumble in the Bronx which used Chan's tried and tested formula of mixing action with humour to great effect. It proved to be a box office success and set the Hong Kong star up for further Hollywood roles in a genre he had mastered in the Orient.

First Strike (1996) and Mr Nice Guy (1997) were both successful. Bigger fish were now on the horizon. The action comedy Rush Hour (1998) saw him team up with Chris Tucker and the movie was a runaway success. He followed this up with Shanghai Noon (2000) with Owen Wilson before reuniting the on-screen chemistry with Chris Tucker in Rush Hour 2 (2001).

Jackie Chan was now an established Hollywood star. The years of hard work, pushing the limits of stunt work, fractured bones and movie dedication had paid off. Making the impossible possible was in the DNA of Jackie Chan. He was the first star to be a major box office attraction in both the far east and American cinema.

The actress Michelle Yeoh warmly regaled a surprise meeting: "As moviegoers around the world know, Jackie Chan has been full of surprises, he surprised me the first time I met him thirty years ago. I had flown to Hong Kong to shoot a commercial with a superstar called Shing Lung. I hadn't heard of him, but as soon as he walked in I said, 'that's Jackie Chan, that's not Shing Lung'. Of course I recognised him instantly, I knew him by his distinctive loping walk, his giant smile, and by the cloud of infectious exuberance that surrounds him wherever he goes."

The actor Tom Hanks was impressed to say: "Jackie Chan, the man who puts the 'Chan' in Chan-Tastic', because he has worked mostly in martial arts films and action comedies, two genres that have been, for some reason, shall we say, historically underrepresented at the Oscars"

The movie maker Edgar Howard Wright shared this astute observation: "No matter how many people try and rip off Jackie Chan movies, there's something which they can't rip off which is Jackie Chan himself"

Justin Chang went on to say: "It’s the joy of watching Chan, a Buster Keaton of kickboxing, hurling himself into every stunt with total commitment, astounding athleticism and oddly unflappable, shaggy-haired grace. His death-defying exuberance is all the glue these movies need"

The movies PR executive Cheryl Boone Isaacs once called Chan a: "true pioneer and legend of his craft"

The artist Hong Yi created a giant chopstick portrait of Jackie as a 60th birthday present and afforded him this description: "This art installation is a tribute to the life, art and cultural significance of Jackie Chan"

Chris Tucker was impressed to say of his former co-star: "Working with a living legend was amazing. Every day, I couldn't wait to come on set to see Jackie Chan"

Fergus Hay added later: "Underneath it all, he has loads of discipline and I think that underpins his focus and dedication completely. However the bit that makes him stand apart from everyone else is his view on creativity. He sees it as stripping away the complexities and complications of the world and staying very true to who he is, what he believes in." 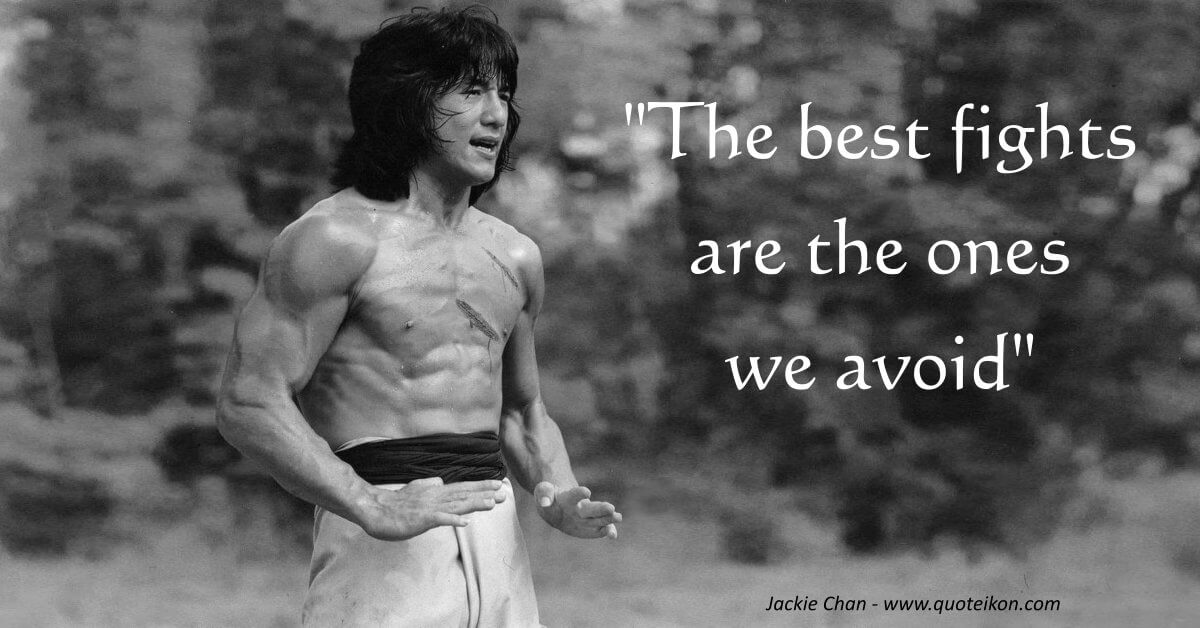