Isabella Rossellini was born into a royal family of the silver screen with parents of the prestige of the three time Oscar winning actress Ingrid Bergman and renowned Italian director Roberto Rossellini, it could have been said in the stars she was destined for big things to come and she was.

Although she made her screen debut with a small part in the movie that was starring her mother (A Matter Of Time in 1976) it was without any parental influence when she made her big break through as a model.

At the age of 28 she appeared on the front cover of Vogue magazine and the mysterious beauty of her look really shone through and soon the modelling offers came rolling in.

She became the spokesperson for Lancome and during this busy period in her career she played some of her more memorable movie roles. In 1985 she was cast in White Nights and the following year saw her star in Blue Velvet to much acclaim.

She was also in demand on the small screen of television where she guest starred in a variety of shows including playing herself in one episode of Friends.

Other notable attributes include acting in theatre and writing three books. She has packed a lot into her career making it interesting research compiling my list of 14 of the best Isabella Rossellini quotes.

The director Robert Lieberman understood her on screen presence by saying she: "Brings a very big persona to the screen. She carries a great deal of beauty. We needed someone who had a feeling of authority"

The French author Gilles Jacob was impressed to say: "How beautiful she was, Isabella!... Adorable wearing everything: a suit, a little black dress, an evening dress"

The senior executive of a global brand Barbara Muckermann recognised the value of her image: "Isabella is the ideal personification of Silversea's exclusive standard of elegance, glamour and sophistication" 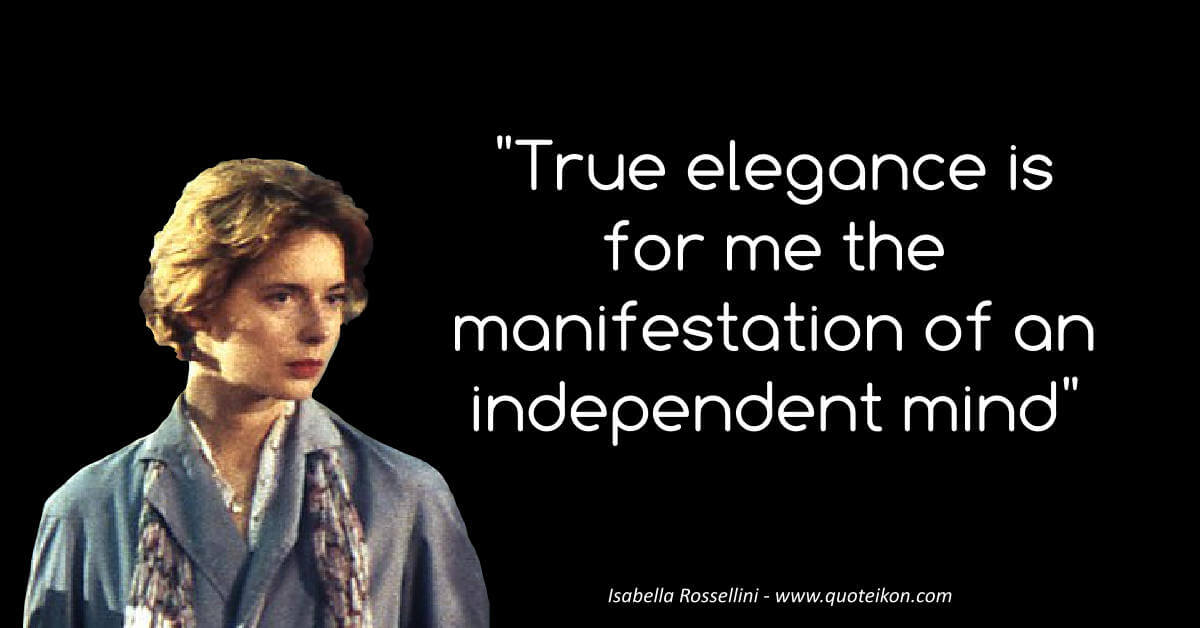