Ilie Nastase was the original bad boy of tennis whose on court antics and temper tantrums won him nearly as many critics as the ATP trophies he accumulated. He was a natural athlete that was gifted with a velvet touch whenever he grasped a tennis racket.

He was equally adept at the baseline as he was attacking the net but it was his elegant stroke play coupled with his on court speed and delicate touch that saw him rise to the top of the tennis world in the early 1970's.

It was not just his tennis that made headlines as his film star good looks drew as much interest from the ladies as it did from the tabloids. Nastase proved there was life after tennis as he has penned 8 books including novels and his own autobiography and he has kept his indomitable spirit which still captures tabloid headlines.

Without doubt he was one of the most gifted players of his generation as well as being one of the most out spoken, meaning he was always good for a one liner, so here is my compilation of 15 of the best Ilie Nastase quotes.

The sports journalist Rino Tommasi commented: "Tennis would need a Nastase every generation"

The tennis legend Björn Borg kept his cool: "I can't get mad at Nastase when he gives the numbers. When we leave the field, everything returns to its place and we are friends as before"

Jimmy Connors knew it was the end: "When the fines got tougher than the prizes we were winning, I told myself that it was time to end the partnership"

The Romanian footballer Mihai Stoica defended his compatriots outburst in the Fed Cup tie: “Ilie Nastase is perhaps the most talented sportsman in the history of Romanian sports and it hurts me when a man of such value - because he did nothing - can be attacked"

The Romanian gymnast Nadia Comaneci was just as sympathetic: "Ilie is very patriotic and sometimes he says things that he doesn't really mean - it's just Ilie, and he will always be my friend" 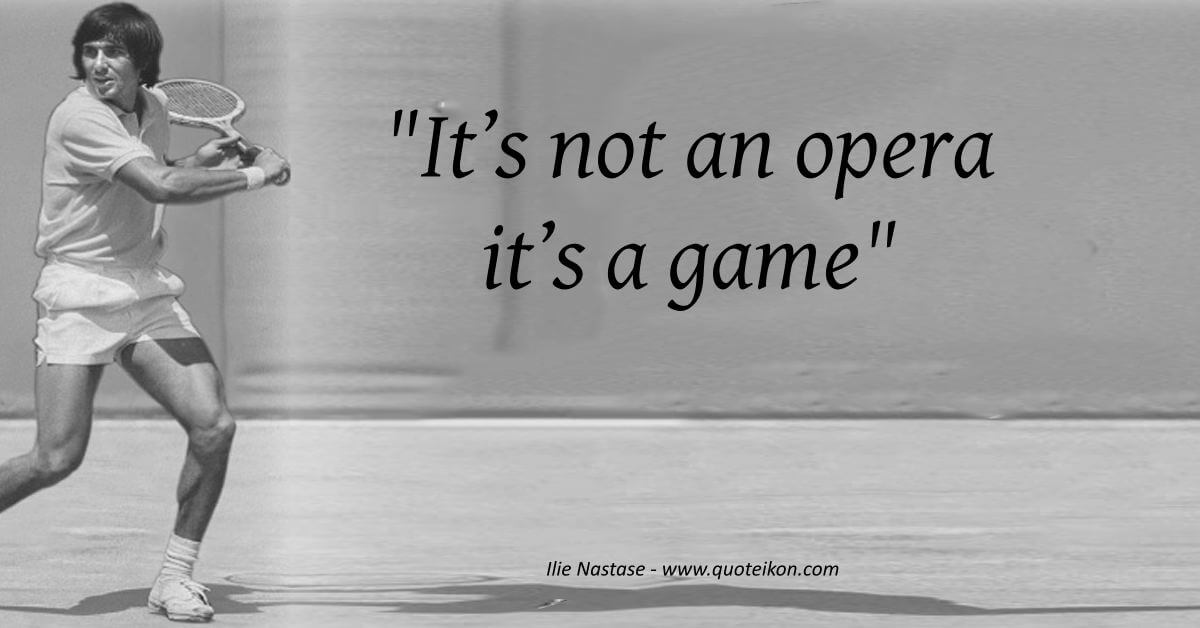