Although Ian McEwan was born in the garrison town of Aldershot he spent most of his formative years in Libya, Singapore and Germany as he followed his soldier father through his many postings.

After graduating with honours from the University of Sussex in 1971 he set about writing short stories and after honing his trade he was well on his way to becoming an award winning author starting off in 1975 with 'First Love Last Rites' which eventually went on to become a movie in 1997.

His writing die was cast and he went on to pen fourteen novels and five screenplays. Eleven of these were adapted into movies including Atonement which was a worldwide box office success grossing $130 million dollars.

His writing in the 1970's earned him the moniker Ian Macabre due to its blood lust and sexually depraved content, however his style mellowed as he settled into married life and the tone of his work became less controversial.

The New Yorker called his work "the art of unease" and he has packed a lot of writing into his books making it interesting research compiling my list of 15 of the best Ian McEwan quotes.

The literary critic James Wood described him thus: "McEwan is one of the most gifted literary story tellers alive"

The critic Tim Adams made this observation: "McEwan's brilliance as a novelist lies in his ability to isolate discrete moments in life and invest them with incredible significance"

Keith Ridgway of the Irish Times described his style: "McEwan is the kind of author who can say more in a sentence than most can say in a chapter"

In a book review John Harding wrote: "McEwan’s style is lean and clear…every sentence feels carefully crafted, the words all perfectly in place"

A New York Times review captured his literary essence: "He is the master clockmaker of novelist, piecing together the cogs and wheels of his plots with unerring meticulousness" 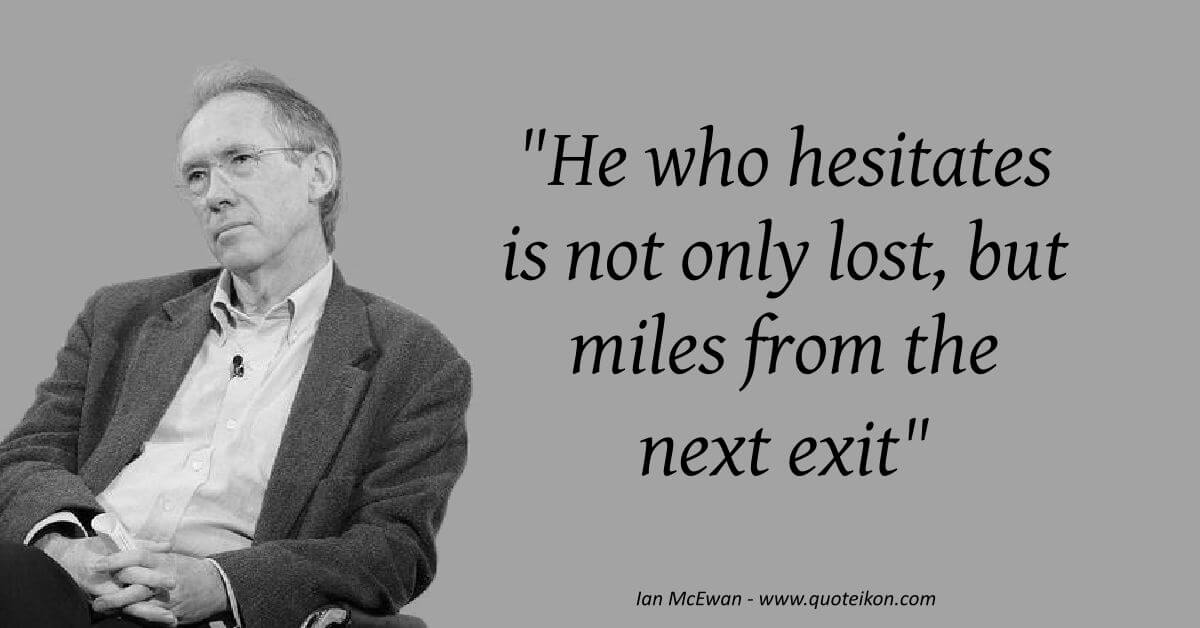