Henry Raeburn was a prolific portrait painter whose skills were thought highly enough to gain royal approval and be knighted by George IV in 1822.

With his undoubted artistic skill recognised from an early age he duly followed the well worn artistic path to Rome to brush shoulders with the elite of the art world and to hone his trade. He returned to Scotland and settled in Edinburgh where he stayed and made a good living as a portrait painter until his death in 1823.

He was unique in his time because he chose to stay and undertake work north of Hadrians Wall whereas most Scottish artists had previously sought to earn their fortune in London and the big cities of Europe. His paintings numbered nearly 1000 with 700 plus portraits with many now hanging in the finest art galleries across the globe.

His jovial nature put his subjects at ease in he is responsible for visually capturing the essence of Scottish society on canvas during the late 18th and early 19th centuries. When he was not painting he was talking about art so here is my compilation of eight of the best Henry Raeburn quotes.

The renowned botanist and author Allan Cunningham described his outlook: "He perhaps enjoyed life too much to be very eager about either fame or money"

Allan Cunningham went on to say: "The character of Raeburn appears to have been every way unblemished; he was a helping hand to genius in art. His varied knowledge, his agreeable manners, his numerous anecdotes, and his general conversation, at once easy and unaffected, with now and then a touch of numerous gaiety, made him a delightful companion"

The writer John Brown was impressed to say: "Raeburn never fails in giving a likeness at once vivid, unmistakable and pleasing. He paints the truth, and he paints it with love" 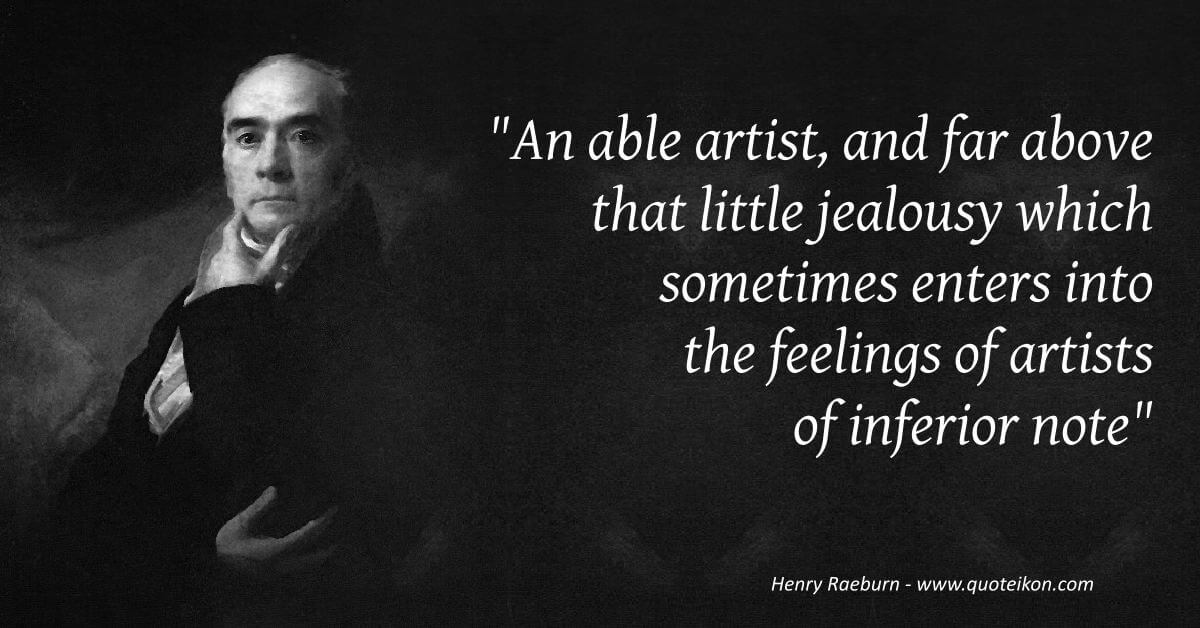